What is Ripple [XRP]? All you need to know 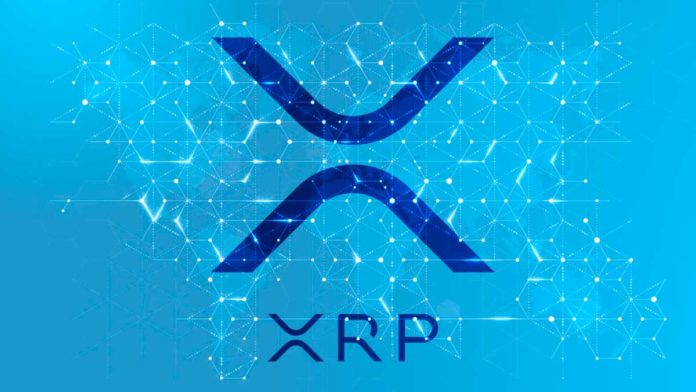 It is common to think that XRP is just another cryptocurrency following in the footsteps of older competitors such as Bitcoin and Litecoin. However, there are many unique aspects about this virtual currency.

This article aims to take you by the hand and guide you through all the ins and outs of Ripple.

We will begin our exploration of the fundamental aspects by seeing what exactly Ripple is and that distinguishes it as a different technology from the other cryptocurrencies.

Ripple is a payment protocol and a cryptocurrency that was created by the Ripple Labs company based in San Francisco in 2012.

Most sources of authority recognize it as a platform that combines the real-time gross settlement system (RTGS), currency exchange and a payment network.

All your transactions are recorded in the decentralized XRP Ledger. Ripple is also a digital currency and is the native currency of the RippleNet payment network.

XRP is one of the largest cryptocurrencies in the market by volume of capitalization.

Ripple transactions take less than four seconds and more than 1,000 transactions per second can be processed on the network.

Although really this is not how the path of this cryptocurrency began. The true creation of Ripple occurred in 2004 (yes, before Bitcoin), when Ryan Fugger began working on a local exchange system in Vancouver.

Fugger wanted to create decentralized money to empower its users and allow them to create their own cryptocurrencies, but later he gave his idea to Jed McCaleb and Chris Larseny who continued with the project.

This is a specialized system used to process high value transfers between banks.

Transfers are carried out immediately and eliminate the need for any form of Central Bank supervision.

Another defining feature of the system is that once the transaction is completed, it is considered final and irreversible.

In this case, the Ripple system works as an efficient and considerably cheaper way to exchange currencies.

You can participate in Fiat and cryptocurrency exchanges using the system token known as XRP.

As a payment network, the platform can also be used by a foreign individual as an efficient and cheaper way to transfer funds to their country of origin.

This may not seem like much, but the fact is that transfers of foreign workers make up a large part of international capital flows, ruthlessly competing with the volume of international aid.

For example, tens of billions of dollars in the form of transfers are sent to countries such as China and India.

In fact, in 2017 we saw India occupying the first place in transfers with 69 billion dollars followed by China with a total of a few billion dollars.

In simple terms, Ripple can be considered as a payment machine capable of making international transfers with much greater efficiency than the current system.

It houses its own currency form in XRP, and has a platform (Ripple.net) that anyone can use to create an infinite number of applications.

Ripple Labs is a venture capital-backed company that has developed global payment solutions for financial institutions.

Ripple Labs has managed to become the leading provider of block technology for payment and settlement solutions for financial services companies and currently has more than 75 banks and other financial institutions as customers.

RippleNet simply refers to the network that the system uses to allow ultra-efficient and cheap transfer of funds between banks and related institutions, such as commercial money transfer entities.

The system is so efficient that it is capable of handling large-scale international bank transfers in less than 4 seconds and the transaction fees are very low.

Another open debate about this currency is about its centralization, while the creators say it is not a centralized currency, the community accuses them of being it.

Beyond controversies, we will see the properties of XRP as a cryptocurrency.

XRP is a cryptocurrency that acts as a medium of exchange in the network. The token exists primarily to assume the role of a mediator for fiat and cryptocurrency exchanges.

However, it is important to keep in mind that the main objective of the company initially was not that XRP was a currency.

The emphasis was on building a revolutionary payment system instead of a highly competitive cryptocurrency.

If it goes back beyond 2016, you will notice that Ripple drafted some plans to eliminate it and focus on its priorities, but reversed the decision later by witnessing the growing interest in cryptocurrencies.

Unlike other cryptocurrencies, Ripple is a currency that cannot be obtained by mining since it was pre-mined.

The company produced a fixed number of tokens amounting to 1000 billion XRP, and has already made an open statement stating that it has no plan to produce more.

It is also worth noting that, although the token is considered a medium of exchange, the network can operate independently of the token in the sense that financial institutions can make payments without using the XRP.

Most of the value of Ripple lies in the improved ability of networks to transfer funds worldwide rather than the value offered by the token.

What are the key differences between RIPPLE and BITCOIN? 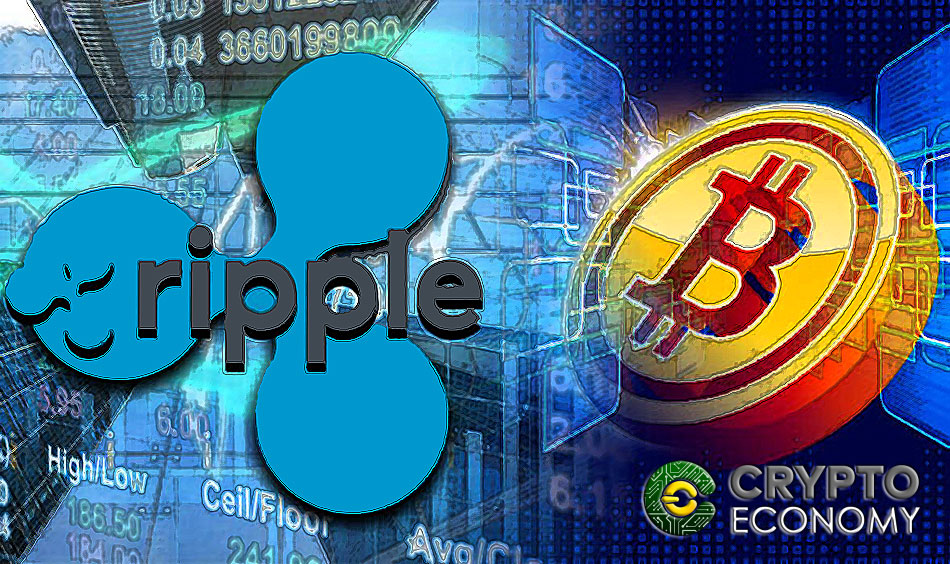 The first and most obvious difference between the two is based on ownership.

Like most cryptocurrencies, Bitcoin is a decentralized system that does not owe its property to any formal government agency, such as a bank, government or any other third party entity.

On the contrary, XRP retains ownership of the Ripple network as a company, being a system accused of centralization.

Nature of the transactions

The second difference lies in the nature of the transactions and the general purpose of the two companies.

Bitcoin’s main interest was to create a currency exchange and a value storage method.

The Ripple model emphasizes the creation of a system that provides uncontrolled digital transactions in terms of speed and overall efficiency.

Another difference to highlight is the way in which coins are extracted, in the case of Bitcoin, it is done through a work test (POW) where anyone can participate in its creation, trying to maintain the decentralization of the system.

While Ripple pre-mined its tokens and has absolute control of the network, being able to issue more of them in any comment, thus reducing the value of those already printed, a practice well known to central banks.

Ripple is a more efficient system in terms of transactions.

For example, when compared to Bitcoin and Ethereum, Ripple has been updated to process around 50,000 transactions per second.

The capabilities of Bitcoin are within the range of 3-6 tps and it is bordered by Ethereum, which can handle 15 tps, aspect in which it is working to improve with the Lightning Network in the case of Bitcoin.

The typical transaction time for Ripple is 3-5 seconds, while Bitcoin has an average of 10 minutes.

How to buy XRP 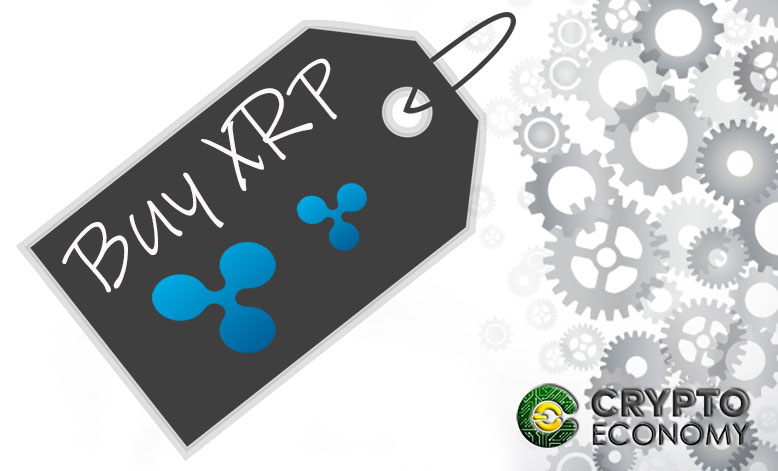 Ripple [XRP], can be found in countless exchanges, including Bitstamp, Kraken, Coinone, Bitso and Korbit.

There are two main ways in which a cryptocurrency trader can reverse and gain the Ripple XPR.

Let’s have an appreciation of the simple steps of each option:

How for example Kraken, Gatehub and Bitstamp, and once the registration process is complete, you can change from fiat to XRP.

In this case, an exchange allows you to make a change from fiat to cryptocurrencies, which you then transfer to another exchange platform that has the ability to trade the chosen cryptocurrency (usually Bitcoin) for XRP.

There are other options to buy and purchase Ripple, on Crypto Economy we offer you a guide on the process step by step.

To date, Ripple is presented as one of the best financial payment tools, due to the high speed of its transactions.

Although the biggest difference with respect to the famous Bitcoin is its centralized nature of operations, aspect criticized on numerous occasions, therefore, the question we must ask ourselves is the following:

If you are interested in this project and want to be informed of everything that happens, visit our Ripple News section