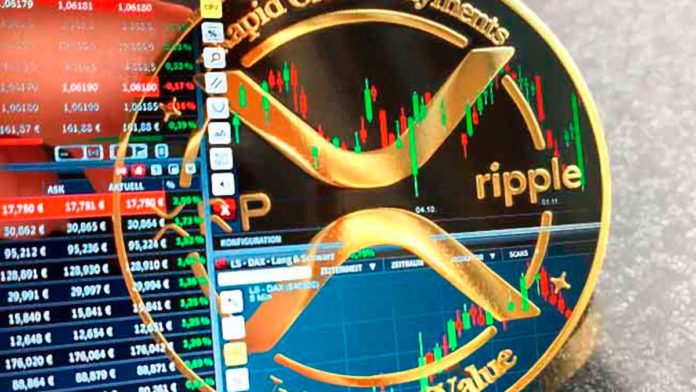 Ripple prices are relatively stable and in a range, mirroring the state of the crypto market in the past few days.

The correction between Bitcoin and altcoins could be one contributing factor considering the direct correlation.

As of writing, BTC prices are also directionless. However, like Ripple, the uptrend is clear, at least as per their candlestick arrangement in the daily chart.

In the immediate term, the short-term trend for Ripple prices would depend on buyers’ resilience and how well market participants would react to fundamental factors.

One of the big calls being monitored is the ongoing court case and the Ripple team’s ambition of expanding their reach by striking fruitful partnerships with remittance projects across the globe. For now, they are zooming out, focused on South East Asia.

Through their SBI-Ripple Asia Alliance with one of Japan’s largest banks, there has been movement.

Remittance between Thais working in Japan and their kin has been drastically improved with On-Demand Liquidity (ODL) which uses XRP.

Cycling back to the ongoing court case, Ripple lawyers are now putting to task SEC employees.

The new motion to compel the agency aims to unveil SEC’s policies regulating digital currencies and whether employees did trade cryptocurrencies.

This, Ripple’s lawyers say, could help them in their fair notice defense since the SEC has so far failed to release certain information despite various meetings. 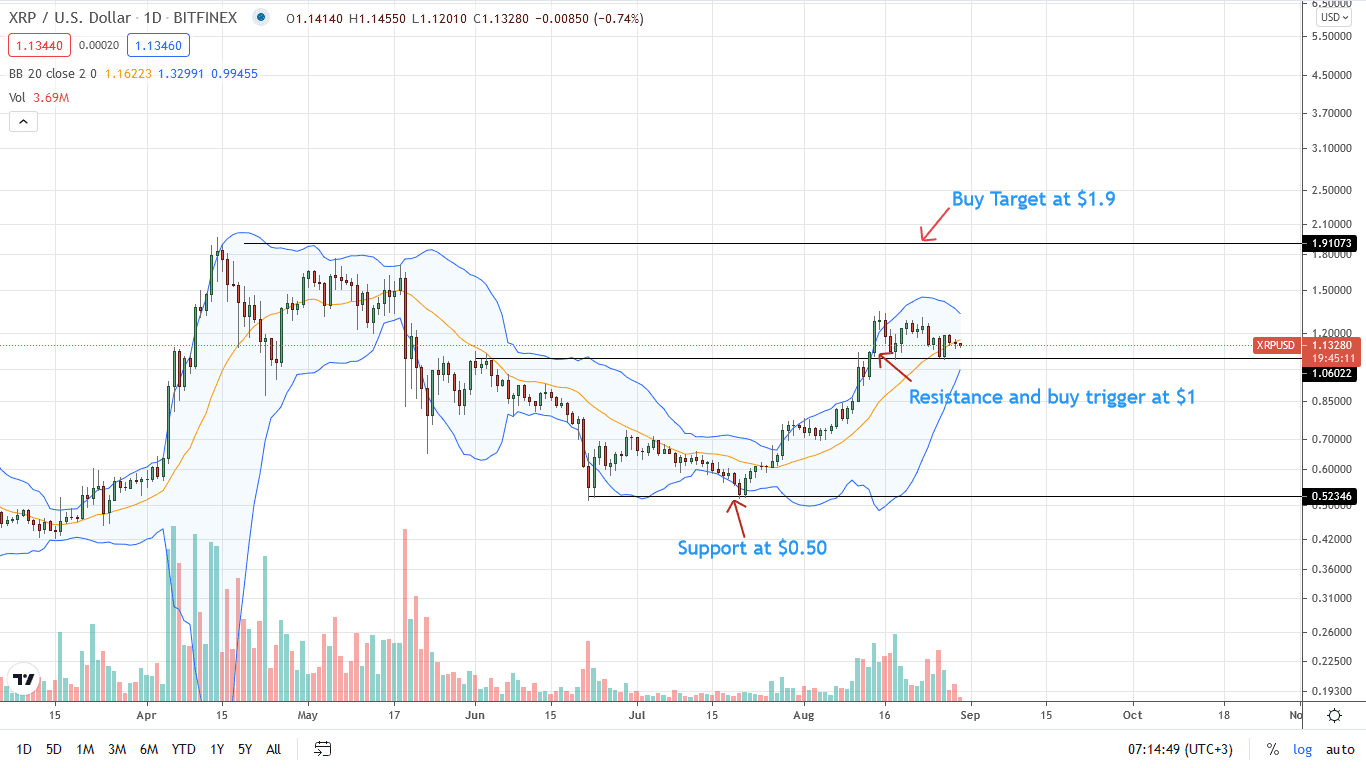 At the time of writing, Ripple prices are flat, down roughly 10 percent week-to-date.

However, the uptrend is clear, and buyers have thus far rejected attempts for lower lows. What remains is for XRP bulls to drive prices higher above August 2021 highs in a buy trend continuation pattern.

For now, the retracement towards $1 only affirms the presence of bulls in a retest.

On the reverse side, steep losses below $1 and the middle BB cancels the uptrend, paving the way for a deeper correction towards July 2021 highs of around $0.75.