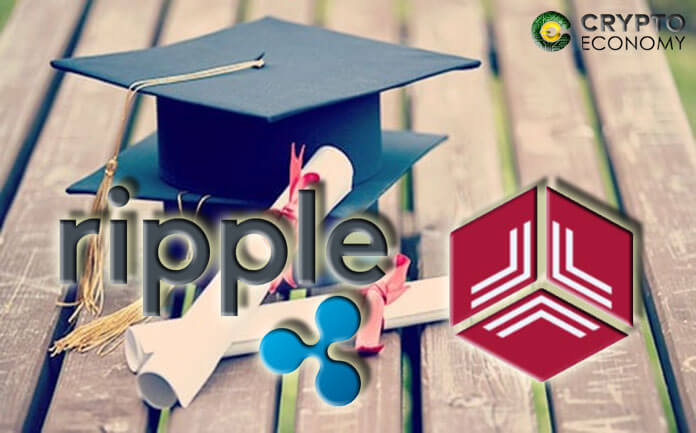 THUIFR is among the top schools in China and is dedicated towards providing practical guidance and world class research to the Fintech industry. Based on its research resources and achievements it will be focusing on the international regulatory policies as well as the development of blockchain technologies.

BRSP will enable Chinese graduate students to understand the various aspects of blockchain technology. According to the university’s official twitter handle, they have already hosted a number of seminars. One of these seminars was titled as “Innovation and Development of Digital Currency and its Regulatory Path.’’ Also, through BPSR, the students will get an opportunity to participate in various events and corporate visits.

The merger with Ripple will allow the program to launch in China, evidently focusing on the international regulations that govern the blockchain. Just as Ivy Gao the Director of International Cooperation and Development for the THUIFR said;

“…this program will greatly help with their future research or career in the field of blockchain technology.”

Eric Van Miltenburg, the Senior Vice President of the Global Operation at Ripple also had a say in regards to the merger;

“The program’s goal – to provide students with opportunities in blockchain research – closely aligns with that of Ripple’s University Blockchain Research Initiative. We’re thrilled to support THUIFR in this endeavour and look forward to its launch.”

Ripple has really worked hard towards spreading its reach. Currently the platform has crossed more than 200 partnerships with companies and organizations across 40 different countries and despite that, the platform keeps working with several other universities across the globe through its Blockchain Research Initiative. Through this efforts and several others, the Ripple platform has build a reputation as a major player in the Fintech industry.

Ripple plans to accelerate and support academic research and lead the road towards developing the next generation of blockchain talent, not just in China but in the rest of the world too.

0
Ripple co-founder, Jed McCaleb is once again in the news. The exec resumed the dumping of his XRP holdings and according to reports, he...
Read more
- Advertisment -