Qortal Network – Decentralization of The World

Privacy and security are among the top worries of Internet users nowadays. In a time that most of the headlines cover the scandals and crises in big tech companies relating to the user’s data, not everyone easily trusts internet services.

We are all looking for alternate solutions that offer better safety in storing personal information. Not many users trust centralized storing of data. Data breaches in the biggest most secure data centers around the world are not surprising anymore. As a result, many experts and even regular users are considering decentralized services.

The Qortal blockchain project is one of the most significant programs focused on full decentralization as a solution for the Internet’s current challenges. It promises a decentralized infrastructure for the future Internet.

Qortal aims to be a completely decentralized aimed at disrupting the current situation of internet services. It has inherited some concepts of QORA codebase, which was launched in 2014. The current Qortal development team acquired QORA in 2016 and started developing the new infrastructure from scratch.

The final goal for acquiring QORA was developing a new decentralized trade portal (DEX). But there were many challenges and flaws in the QORA codebase. There were some improper events in the QORA development, and the new team believed that the coin was not progressing concerning the original whitepaper.

After all, the Qortal team decided to rewrite all the aspects of QORA, and the current network is entirely different from that. There are many new features on the system, and the main Coin is now called QORT.

Qortal’s goal is to achieve complete decentralization at all levels. Not only the core, all the plugins of this network will be decentralized. All of the aspects are custom-written and support P2P functionality in all applications.

The roadmap for the Qortal network consists of four main phases that each one offers new features and components to the developers and users. The first phase, named Genesis Network, was launched on June 29th, 2020. All of the subsequent stages will follow an automatic update procedure.

The second phase offers additional components, the Trade Portal and BTC trading are the most important. The Trade portal offers BTC/QORT trading pair to users.

Due to the decentralized nature of Qortal, after the next LTC addition, other coins or tokens will be added as a result of a vote by the community.

The third and fourth phases of the Qortal launch will complete the available options. It makes the platform a consumer-ready blockchain with multiple offerings.

Data Storage, Data Nodes, Data SuperNodes, and Web Hosting for client-side languages are some of the third phase features. The fourth phase will offer Blogs, Social Media, and Communication. All of the features will provide rewards for creators and participants.

Like any other blockchain project, Qortal has a central and service coin, too. QORT is the main Coin in the Qortal system. The applications on the Qortal network use QORT for value storing and trading.

QORT Coin is tradable for other cryptocurrencies like Bitcoin inside the Qortal trade platform. All of the developers inside the Qortal platform can issue their coins. These coins are tradable through Asset Trades Plugin with QORT coin.

So, users can trade tokens with QORT and then convert them to BTC. The option to trade QORT with LTC is the next phase. Adding other new coins to the trading platform needs will be chosen by voting.

QORT coin can be used in QrowdFund Decentralized Crowdfunding in Qortal, too. Besides, those users who participate in the network by running full nodes will get rewards based on QORT.

Qortal Trade Portal, How Does it Work?

As one of the most critical aspects of a fully decentralized system, Qortal Trade Portal is a trading platform with no centralized aspect. It lets users trade their coins directly from the corresponding blockchain.

The whole process of trading on the Qortal Trade Platform occurs P2P. It means no third-party interface is needed, and no centralized entity tales control of the assets. It offers multiple features for the traders looking for a fully decentralized process. Smart Contract Controlled Trades are among the most popular ones that provide the same functionality as automatic trading in a centralized exchange.

The functionality of trades in a decentralized platform like Qortal is a little different from traditional centralized exchanges. Only sell orders are supported in the platform. When a user submits a sell order for a specific amount of assets, they should wait for a buyer to buy the full order with one transaction.

So, the sellers have to consider some situations before placing orders. It is recommended to place a small amount of sell order so more buyers may become interested in the offer. 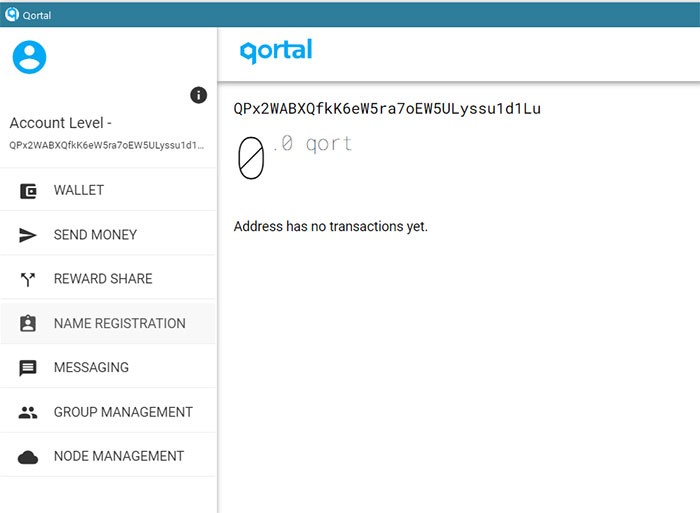 Qortal core and UI is available for Windows, Linux, and Mac. Users can download and install the software that provides a wallet for QORT coin, too.

After the installation, there is a login page to pass that supports multiple login methods like seed phrases and others. 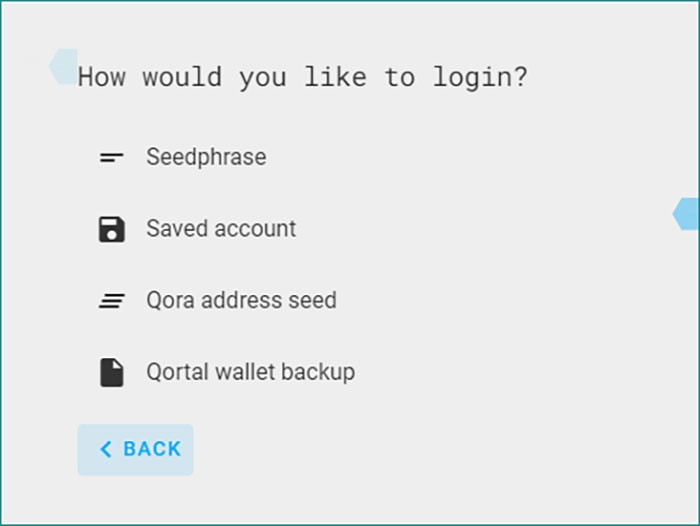 The QORT holding balance is accessible after passing the login page of Qortal UI. Users can send/receive QORT using the same core, too.

QORTector, What is it, And What Does it Do?

Qortal is missioned to disrupt the current situation of the Internet. The development team decided to offer hardware for this goal.

QORTector is the name of this dedicated hardware that can act as a full node and/or minting node in the Qortal network.

QORTector Gen 1 acted as a router but offered many options like all of the Qortal services. It’s now discontinued and Gen 2, 3, and 4 are ready to buy. They don’t offer router features but will act as a full node. 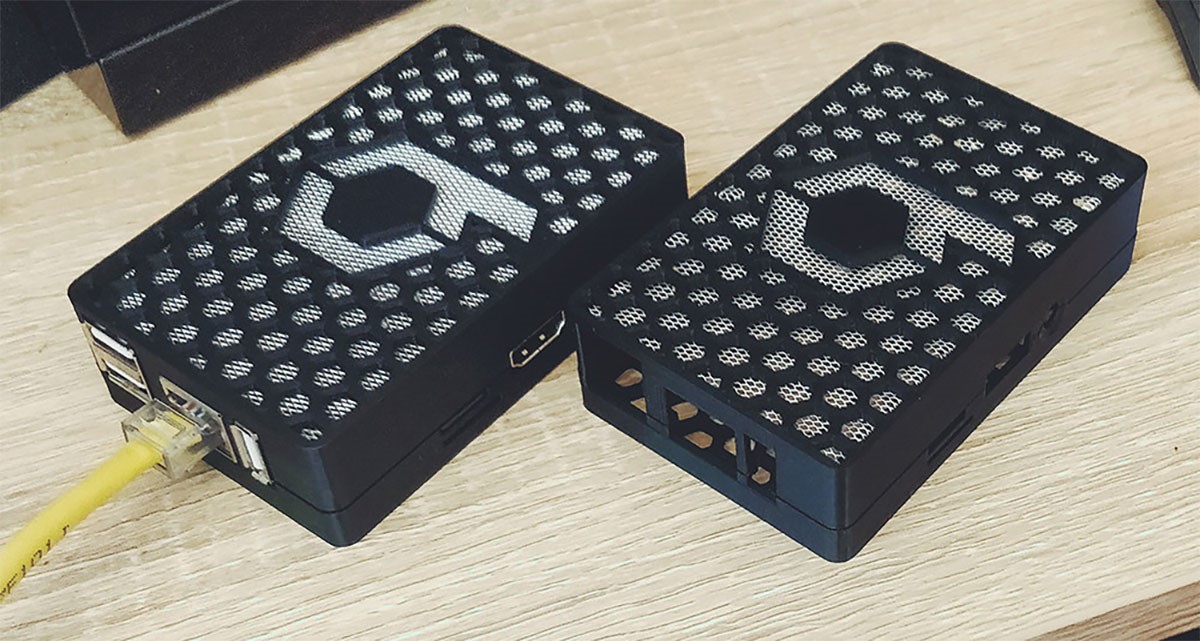 Because of the minting algorithm in the Qortal network – which is only available to the sponsored users – the QORTector doesn’t need that much processing power required in mining-based cryptocurrencies.

Users can participate in the system just by being online using QORTector. It has a built-in BTC wallet, too.

Qortal promises a decentralized Internet. The development team is trying its best to offer multiple options and features for regular users in a novel infrastructure.

The P2P mechanism that is the fundamental aspect of Qortal, makes it an excellent choice for those who are sensitive about privacy and security of personal information.

With QORTector, this project has entered the hardware sector, which means there are serious plans to grow the vision.

0
Decentralized applications are often referred to as DApps. These digital applications tend to function on a blockchain. Moreover, they can also operate on a peer-to-peer...
Read more
Reviews

0
By combining the majority of useful concepts from the decentralized world into a single project, Fractally jump-starts the original vision presented for EOS in...
Read more
Tutorials

0
People use the term "Web3" to talk about a wide range of ideas that all point toward getting rid of the big middlemen on...
Read more
Technology

0
One of the greatest things about the development of the internet is its power to decentralize services that were once centralized. Information used to...
Read more
CryptoNews