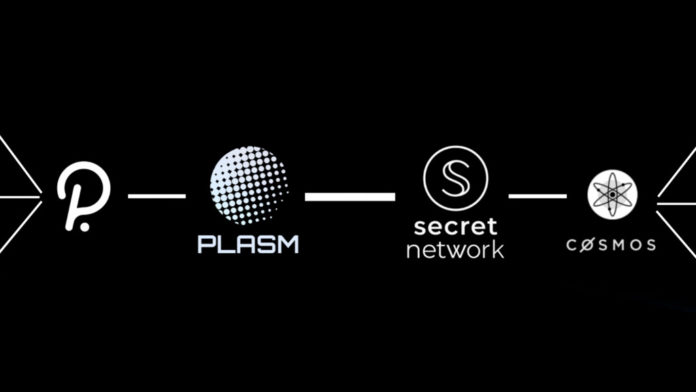 The moment Plasm Network becomes a parachain on Polkadot Relay chain, this will deploy this bridge on mainnets. First, it will be deployed on Shiden Network, followed by on the original Plasm Network.

The bridge will allow users to transfer assets between Plasm Network and Secret, allowing them to enjoy transaction privacy and use SecretSwap, the first automated market maker exchange on Secret Network. According to Plasm Network:

“The biggest immediate benefit for users with this bridge is that they can gain transaction privacy. Users can turn Polkadot-based assets into Secret Tokens, which combine the programmability of ERC-20s with the privacy of coins like Zcash or Monero. Interactions with Secret Token contracts are encrypted, viewable only to address owners or holders of their viewing key. The bridge will also give users access to Secret DeFi, privacy-preserving decentralized finance apps built on the Secret Network.”

Plasm Network aims to be a Polkadot parachain that would act as a multi-chain smart contract hub on Polkadot.

The team is currently focused on infrastructure developments and bridges to bring more interoperability to Polkadot. The blog post also hints about the next version of Plasm Network as it reads:

“Plasm Network 2.0 will be a multi-chain and multi-virtual machine smart contract hub powered by Polkadot. We are going to connect Polkadot to Cosmos, Ethereum, and more through Plasm Network!”

As reported, Plasm also raised $2.4 million in an investment round led by Binance Labs.

Cosmos ecosystem focuses on the “Internet of Blockchains” through its IBC, an inter-blockchain communication protocol that can be considered as TCP / IP for blockchains.

0
Polkadot is in green in the last trading week despite a weak conclusion of the week. After impressively rising 30 percent from 2022 lows and...
Read more
- Advertisment -
Posting....
We use cookies to ensure that we give you the best experience on our website. If you continue to use this site we will assume that you are happy with it.OkPrivacy policy