Petro coin could receive stronger sanctions from the US 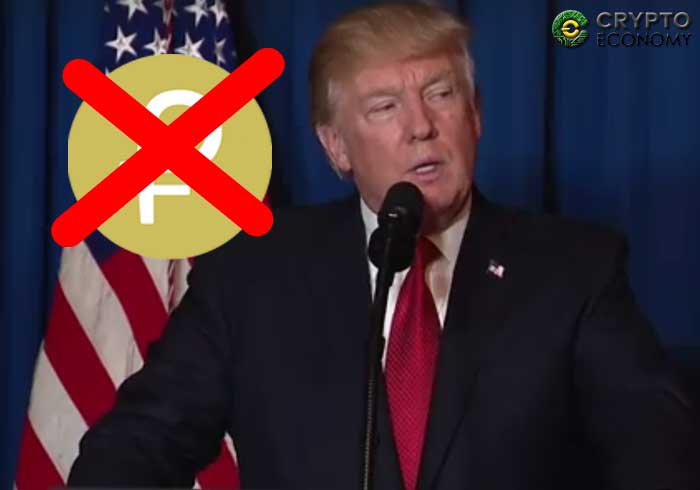 A group of approximately 10 US senators drafted a bill that includes more rigorous sanctions against Petro, the Venezuelan government-promoted cryptocurrency.

This bill was introduced at the end of last month, and contains among its pages measures such as humanitarian aid for migrants from the country and a proposal to support democracy restoration in Venezuela.

It also includes a section in which the sanctions imposed on the controversial cryptocurrency months ago by Trump’s executive order appear. As such, it aims to take the President’s sanctions further by prohibiting United States residents from developing software for Petro.

“All transactions by a United States person or within the United States that relate to, provide financing for, provide software for, or otherwise deal in any digital currency, digital coin, or digital token, that was issued by, for, or on behalf of the Government of Venezuela are prohibited beginning on the date of the enactment of this Act“, the bill indicates.

On the other hand, it includes a section requesting a report that the US Department of State (DoS), the Commodity Futures Trading Commission (CFTC) and Securities and Exchange Commission (SEC), must submit to Congress committees which must reflects how digital currencies affect the effectiveness of US sanctions around the world.

In that occasion, public officials Américo Alex Mata, director of the National Housing and Habitat Bank, William Antonio Contreras, head of the National Superintendence for the Defense of Socioeconomic Rights (Sundee), Nelson Lepaje, the National Treasurer and Carlos Alberto Rotondaro, former president of the board of directors of the Venezuelan Institute of Social Security were also sanctioned.

The sanctions were a complement to the national emergency declaration signed by Barack Obama in 2015, which served as a bridge for Washington to impose sanctions on dozens of Venezuelan officials, including Vice President Tareck El Aissami.

The president of Venezuela, Nicolás Maduro, who made Venezuela the first country to launch its own cryptocurrency, did so in hopes to circumvent financial sanctions that prevent Venezuelan government from issuing new debt bonds.

0
Hester Peirce, one of the five commissioners at the US Securities and Exchange Commission (SEC) has been nominated by US President Trump to serve...
Read more
Technology

0
SIMBA Chain, a cloud-based smart-contract-as-a-service (SCaaS) platform, has been awarded with a contract to develop a blockchain-enabled solution to secure archives and R&D data...
Read more
CryptoNews

0
According to a publication of Reuters on November 30, a US cryptocurrency expert Virgil Griffith living in Singapore was arrested on Thursday, November 28,...
Read more
Bitcoin News

0
The US and China have been engaged in a trade war for the last 14 months. Both economic powers were applying tariffs on each...
Read more
CryptoNews

0
According to a report by Forbes, Donald Trump’s executive order of banning Venezuela’s cryptocurrency Petro could be converted into a far-reaching law after the...
Read more
- Advertisment -
Posting....