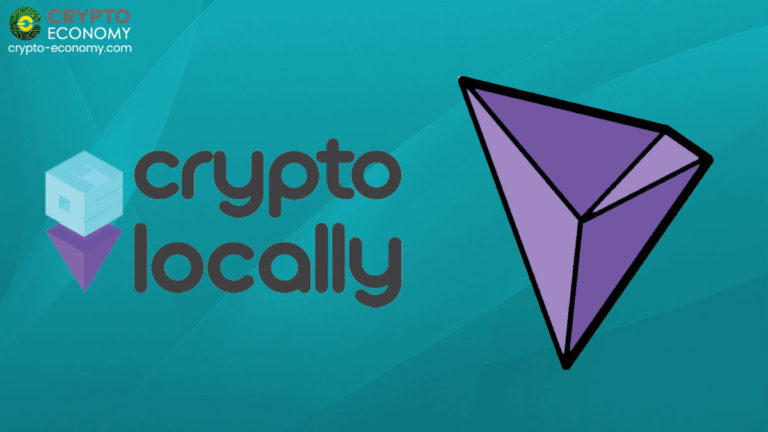 CryptoLocally, a peer-to-peer crypto trading platform, is now supporting TRX on its platform allowing users to buy and sell TRX in currency of their choice.

CryptoLocally made the announcement in blog post published on Wednesday, April 22. According to P2P crypto trading marketplace, the addition of Tron’s TRX is part of its effort to increase the trading options for our customers.

Users can choose from a variety of community-developed wallets, as well as third-party wallets such as the TRON Wallet and the Ledger Wallet to trade TRX on its platform.

CryptoLocally offers it users fastest, cheapest, and easiest way to buy and sell crypto in their local currency. Unlike other P2P trading platforms, such as Paxful and LocalBitcoins, which offer Bitcoin trading only, the platform supports a number of altcoin that include EOS, WAX, USDT, TLOS, BOS, EOSDT, BNB, TRX, TRX-USDT, BTC(BEP-2), and BUSD.

CryptoLocally seems quite impressed with Tron Network. According to the platform, leading DApp is network is now one of the top public smart contracting platforms and a highly scalable blockchain able to process a respectable 2,000 transactions per second (TPS).

“Moreover, it features a unique resource abstraction layer (regenerative bandwidth-energy resource model) which enables it to offer daily limited feeless transactions with the option to pay transactions with TRX if these resources are depleted. According to TRON, they strive to build a truly decentralized blockchain-based content entertainment system.”

With the recent developments, partnership, and acquisition that Tron has made in the past six months or so, Tron is now a blockchain to be talked. Established in March 2014, the company has its offices in the Americas and Asia Pacific. Tron launched it s mainnet in May of 2018, and until then, it has become one of the major players in decentralized applications dApps space.

The string of acquisition by Tron Network suggest that the platform is geared towards becoming leading blockchain-based entertainment network. As Crypto Economy reported, in June 2018, Tron acquired peer-to-peer file sharing platform BitTorrent. Then in January of 2020, Tron acquired DLive, the leading blockchain-based live streaming service hosting many leading YouTube content celebrities, which was to be integrated in BitTorrent. The latest acquisition includes Steemit, a popular platform for bloggers, writers, and content creators and other crypto heads.

Tron also major partnership with prominent names in blockchain and non-blockchain industries. As reported, Tron Blockchain was integrated in an updated Samsung Blockchain Keystore SDK. Android version of web browser Opera has also added for Tron and its DApp ecosystem.