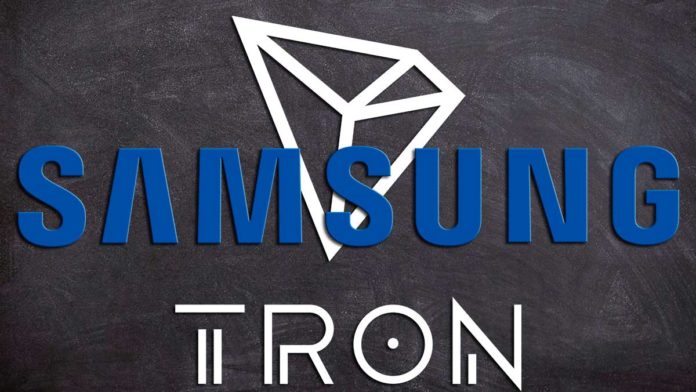 According to recent tweet by Tron network and BitTorrent CEO Justin Sun, TRON blockchain is now integrated with Samsung Blockchain Keystore. According to the company, this integration will provide new tools to make it easier for developers to build application on Tron blockchain and enable consumers to access these applications via Samsung devices.

Justin Sun’s tweet links followers to blog post by Tron Foundation according to which, Justin Sun will make an appearance at the Samsung Developer Conference (SDC19) in San Jose Convention Center, at 12:30pm on October 30 to provide more details and insights to this integration.

In the conference, Samsung will also make the official announcement of its new Blockchain Keystore SDK platform although it has been released yesterday, October 29.

Justin Sun, about this new collaboration with Samsung, said:

“This is a remarkable milestone for TRON, and I’m thrilled to have this opportunity to work with Samsung. We are totally in line with and will support Samsung’s vision and strategy on blockchain technology exploration.”

According to Tron Foundation, Tron blockchain is integrated in an updated so Samsung Blockchain Keystore SDK.

According the tech giant, it is a  solution developed to tackles two of the biggest obstacles in expanding the DApp ecosystem that include security and the complexity of building a mobile-compatible DApp. This platform will open new doors for developers as it will not only allow DApps but also, is highly attractive for legacy apps that want to integrate blockchain features, such as enabling payment with cryptocurrency.

The company, about this new platform, said:

0
Polygon has entered a partnership with AU21 to launch a fund for supporting startups in the Polygon ecosystem. The $21M fund will help small...
Read more
Bitcoin News