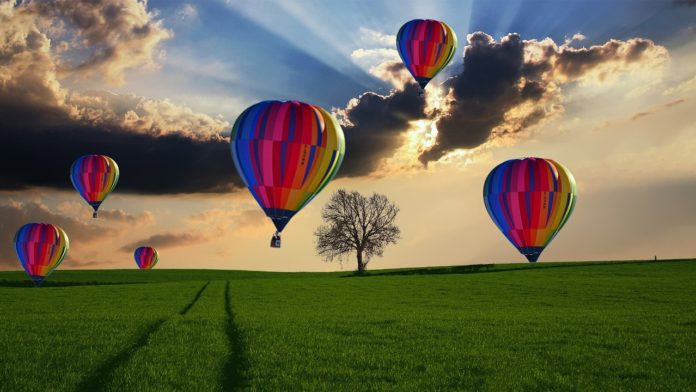 Ethereum layer-2 scaling solution, Optimism, gets a staggering response with the launch of its long awaited OP governance token airdrop.

On June 1, Optimism, launched the airdrop of its highly anticipated OP tokens with much fanfare. The project was greeted by an overwhelming response with users facing much adversities including failed or delayed transactions. The team also rewarded early users of the network by sending free tokens to nearly 249,000 Ethereum wallets. The Optimism team also launched a decentralized autonomous organization (DAO) dubbed “The Optimism Collective”, alongside the OP tokens.

How Did The Airdrop Unfold?

OP Drop #1 had a turbulent launch which we finally stabilized after more than five hours of non-stop work.

We’ll be publishing a full, detailed retrospective on the lessons learned next week. Let’s quickly talk about what happened.

According to a series of tweets, Optimism, divulged that the airdrop witnessed slow performance for around three hours due to an all time high demand. The team toiled steadily to add additional capacity to the network to solve the issue. Therefore, the archive node functionality remained temporarily limited until the network load subsided. Optimism team tweeted,

“Wow, what a day. OP Drop #1 had a turbulent launch which we finally stabilized after more than five hours of non-stop work.”

We quickly moved to massively expand the resources available to serve our public RPC, a process which took several hours of coordination (and waiting) for the amount of load we observed.

It's worth noting that the block producer (sequencer) operated nominally throughout.

According to Optimism, the key issue that slowed down transactions was a RPC (Remote Procedure Call) which enables various applications including MetaMask and Uniswap to bridge between Optimism and Ethereum. Many users claimed that that they were listed as eligible for the airdrop earlier, but were shown as ineligible after the airdrop commenced. Optimism team wrote,

“We’re working to heavily provision more capacity before our official announcement—in the meantime the public RPC may respond slowly.”

Optimism disclosed that it would take learning lessons the first airdrop addressing them in the second round. The team will also publish an “extensive retrospective next week” describing the details of the airdrop. The airdrop was initially announced in April when Optimism revealed the plan to launch a decentralized autonomous organization (DAO) alongside the OP token, which holders can use to vote within the community.

There are a lot of lessons we learned from this to apply to Drop #2. We’ll be publishing an extensive retrospective next week.

Iteration is core to the Optimism ethos and we always strive to apply today’s lessons to tomorrow’s problems.

What Is The Optimism Collective DAO?

In a mission to fund public goods and create a sustainable future for Ethereum, the Optimism Collective believes that “positive impact to the collective should be rewarded with profit to the individual”. It seems that latest airdrop is one more step in their process of creating a new model for rewarding users who create public goods. The primary goal of the DAO is to fund grants designed for “public goods,” such as open-source software.

The DAO comprises of two “houses.” The “Citizens’ House” is focused on the aforementioned public goods, while the “Token House” will govern things like software upgrades, Optimism’s incentive structure, and future software upgrades.

0
This definition of a decentralized autonomous organization (DAO) refers to an organization established by computer instructions that are organized by rules, often in time-based...
Read more
Reviews

0
With Optimism or what is called Optimistic Ethereum, you are using a layer 2 chain that is running on top of the Ethereum mainnet...
Read more
CryptoNews

0
Polygon announced the addition of another Ethereum project in its network: Aragon Client. It brings DAO creation and management to Polygon. Aragon has decided...
Read more
- Advertisment -
Posting....
We use cookies to ensure that we give you the best experience on our website. If you continue to use this site we will assume that you are happy with it.OkPrivacy policy