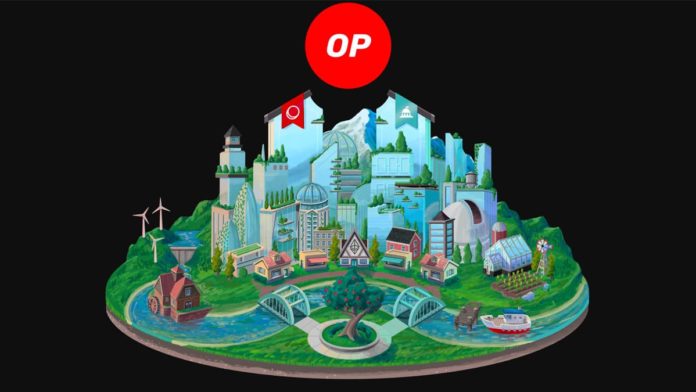 As a collective, the newly announced initiative is a pact between companies, communities, and individuals that adheres to the axiom that impact equals profit. The Optimism Vision explains in more detail how decentralization and democracy are emphasized in the crypto and Web3 space.

What is Optimism Collective?

Citizens’ House and Token House are both co-equal houses of the Optimism Collective. Airdrop #1 establishes the Token House and brings in the first thousands of tokens. It refers to people who have engaged in community-oriented, positive-sum behavior. As part of the Governance Fund, token holders will be able to vote on protocol upgrades and incentive projects. Tokens will be called OP.

As a result of the network’s revenue collection, Citizens’ House will facilitate and monitor a process for the distribution of retroactive public goods funding. Citizenship will be conferred by “soulbound” non-transferrable NFTs, and as the Optimism community grows and changes, so will the number of citizens. A Citizen House is a vehicle through which power can be transferred from any centralized organization to a non-plutocratic, human-centric mechanism.

“Together, these two houses will help direct the revenue generated from the Optimism L2 to efforts that promote public goods and help grow the collective.”

Collectively, the two houses of the Collective will generate a powerful flywheel that will finance public goods that will increase the value of Optimism blocks, which then lead to more revenue for public goods, et cetera. 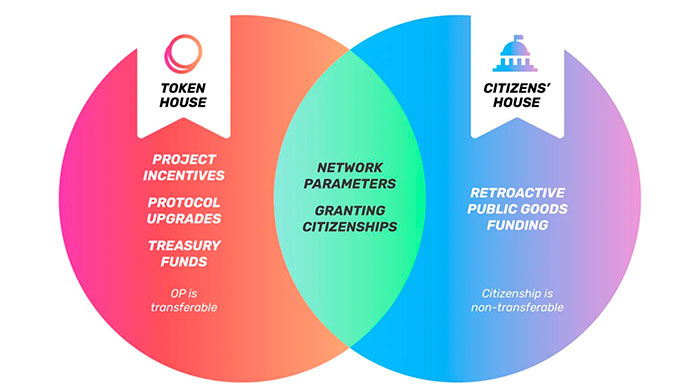 OP Labs PBC, formerly known as Optimism PBC, has changed its name to focus on decentralized protocols as well as supporting the development of the ecosystem through product and business development.

A system of incentives is maintained in the Optimism ecosystem that governs changes to protocol and network parameters.

A high-dynamic governance framework is the objective of the Optimism Collective and will be achieved through an iterative process. A static allocation of genesis units was not conducive to these goals, which is why Optimism teams have changed the way they do things.

Optimism has now begun its transformation into the Optimism Collective. A series of posts will be released over the next few weeks regarding governance, incentives, and iteration to provide the community with each detail. Optimism and the L2 ecosystem as a whole are celebrating a historic milestone starting the launch.

0
Ethereum-based DeFi protocol Maker has announced an Optimism-DAI Bridge to be launched on its platform to bring speed and fee enhancements in its next upgrade on Layer-2.
Read more
- Advertisment -
Posting....
We use cookies to ensure that we give you the best experience on our website. If you continue to use this site we will assume that you are happy with it.OkPrivacy policy