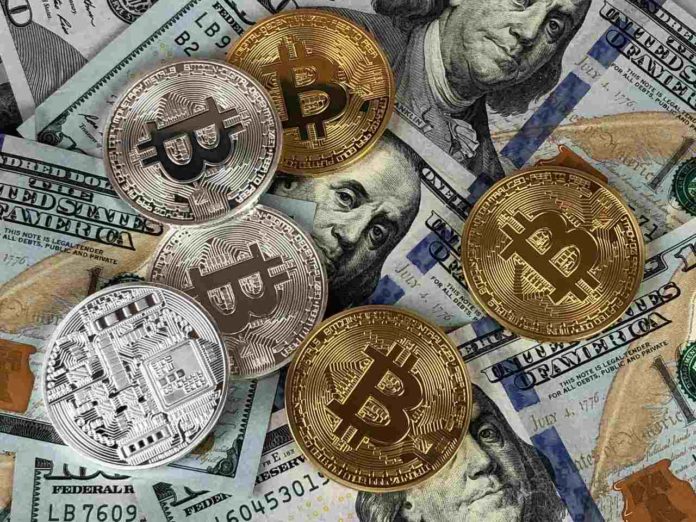 Despite repeated rejections from the US Securities and Exchange Commission (SEC), a pair of star crypto women, Ophelia Snyder and Cathie Wood will give another shot to launch a Bitcoin ETF in the US.

According to a report by Bloomberg, the pair of female crypto stars, Ophelia Snyder, 29, and Cathie Wood, a 66 years old CEO of digital assets management firm ARK Invest, have joined hands to launch a collaborative effort for a Bitcoin Exchange-Traded Fund (ETF) in the US.

As Crypto Economy reported, SEC Chairman Gary Gensler was open to Bitcoin Exchange-Traded funds (ETFs) but with the strict SEC’s rules for mutual funds. As Crypto Economy reported, October 19, 2021, was a historic day for Bitcoin (BTC) as the world’s first Bitcoin Futures ETF by ProShares, under the ticker symbol BITO, went live on NYSE that generated an astonishing $1 billion in volume and over 24 million shares traded on its very first day.

However, the ETF that tracks the price of real Bitcoin is yet to be approved by the SEC. It is unlikely that the entity will loosen its grip shortly and bless anything but regular futures-based ETFs.

But that is not stopping Ophelia Snyder to give it another try. She spent her early twenties making marine biology documentaries for the Discovery Channel. She is now a well-known name in the world of crypto.

Snyder co-founded 21Shares in 2018 to build sophisticated crypto investing technology. Now valued at $700 million, 21Shares charges about a 2% management fee for 15 ETPs in 4 countries. With over $2.5 billion AUM it is on track for $60 million revenue this year.

Her partner Cathie Wood is also a crypto veteran whose ARK Invest is managing billions of dollars in AUM. Both female crypto stars will now direct their efforts to launch the first Bitcoin ETF in the US. To give more push to her plans, Ophelia Snyder has already opened an office in New York, where crypto-friendly Mayor Eric Adams has publicly proclaimed his support for the asset class. All Cathie Wood and Ophelia Snyder have to do now is to convince the SEC about a Bitcoin ETF.

However, the relationship between Cathie Wood and Ophelia Snyder is not completely new. In May 2021, Wood joined the board of Amun Holdings Ltd, the parent company of 21Shares established in 2018 by current CEO Hany Rashawn and President Ophelia Snyder. In June 2021, Ark Invest also filed with the SEC to offer a Bitcoin ETF, ARK 21Shares Bitcoin ETF, with 21Shares.

0
Bitcoin ETFs have become quite popular among firms and organizations. It is a major reason that more platforms are applying for these ETFs. Similarly,...
Read more
Bitcoin News

0
Michael Sonnenshein, the CEO of GrayScale, posted a threaded tweet about Bitcoin spot ETF and why SEC may be comfortable with this concept. The tweet...
Read more
CryptoNews

0
US Securities and Exchange Commission (SEC) has again postponed its decision on whether to approve Grayscale’s application for a Grayscale spot Bitcoin ETF.
Read more
Bitcoin News

0
The SEC's approval and the debut of two Bitcoin ETFs last week was no less than a monumental step towards greater adoption. Leveraging the...
Read more
Bitcoin News

0
Tuesday was a historic day for Bitcoin . The highly-anticipated Bitcoin Futures ETF went on to generate an astonishing $1 billion in volume on...
Read more
- Advertisment -
Posting....