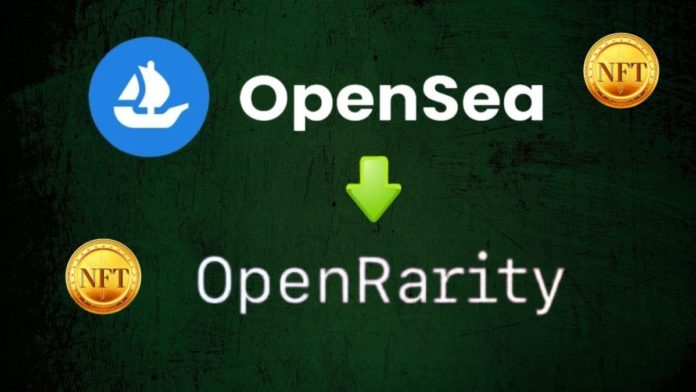 The world’s biggest NFT marketplace, OpenSea, has just launched “OpenRarity”, a protocol that provides verifiable rarity calculations for NFTs within its platform.

In a bid to solve industry problems for NFT buyers looking for data on rarity and ranking, OpenSea has collaborated with Web3 analytics experts such as Icy.tools, Curio Tools, and PROOF among others to build the new feature. The OpenRarity protocol will aim to provide a new standard in the ranking methods of NFTs.

1/ Today we are launching @OpenRarity on OpenSea! We’re starting with the wonderful @coolcatsnft @pudgypenguins and @moonbirds teams, who have opted their collections into OpenRarity – go check them out! 💙👇 pic.twitter.com/BzXK0PeQHZ

How Will the New Protocol Help?

On September 21, the NFT marketplace behemoth, anounced that OpenRarity is a community-built protocol that aims to provide a transparent, mathematically sound, rarity calculation that is entirely open-source and reproducible by anyone. It is built for the global NFT community and plans to set a new universal standard for ranking the rarity of digital collectibles.

As per the official blog post, OpenSea will implement OpenRarity as an “opt-in experience” for creators on OpenSea, as it may not bapplyto some NFT collections. The marketplace is also planning to give developers access to OpenRarity scores and ranks via OpenSea’s API, making the data accessible to more users.

OpenSea stated that rare NFTs will be awarded lower numbers like 1 or 2, while NFTs that have attributes similar to many other NFTs will have higher numbers. With this, the marketplace highlighted that buyers would be able to view a reliable “rarity ranking” when purchasing NFTs. The NFT giant wrote,

“As we evaluated different existing rarity methodologies for OpenSea, we realized ranking varied between these tools, and many had methodologies that were not transparent. We wanted to help create an open standard for the entire NFT community.”

The OpenRarity team further explained that the new protocol will use a completely open-source program for its data and exclude “meta traits” from its ranking system. Meta traits, such as trait count and other hidden values, cause considerable discrepancies in the rarity rankings across the market.

OpenSea Bringing a New Era in the NFT Industry

1/ Can we address the 🐘 in the room? We want to provide you more clarity and transparency around our stolen items policy ↯

In the wake of surging NFT heists, OpeanSea recently announced to increase its security policies to incorporate additional measures against stolen digital artworks. Additionally, the NFT marketplace will be adjusting the policy based on community feedback by expanding the reporting system, requiring a police report to be filed within 7 days, or else the item will be re-enabled for trading.

0
South Korean electronics giant, LG, has launched its NFT platform "LG Art Lab", enabling users to buy, sell, and trade digital artworks from their...
Read more
- Advertisment -
Posting....
We use cookies to ensure that we give you the best experience on our website. If you continue to use this site we will assume that you are happy with it.OkPrivacy policy