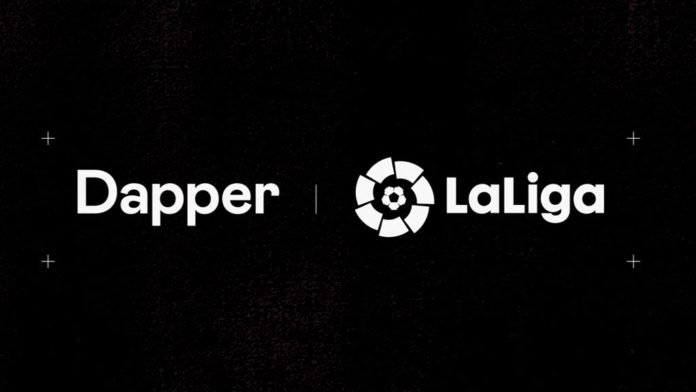 According to an announcement by Dapper Labs on Wednesday, September 22, the latest $250 million funding was led by Coatue with participation from existing investors that include GV, formerly Google Ventures, and Version One Ventures. Some new investors are also joining the round, such as BOND and the Government of Singapore Investment Corporation (GIC). The new round values Dapper Labs at $7.6 billion

Dapper Labs is a pioneer in the non-fungible token (NFT) space that made headlines in 2017 when it launched the world’s first Ethereum-based NFT collectible game CryptoKitties that allowed users to trade and sell virtual kittens. While the game came and went, Dapper Labs continued with its focus on NFTs believing that they are more than just digital collectibles.

So, the company went on to build its own blockchain platform called Flow so that NFT applications can work and scale smoothly. Currently, the company is at the peak of its popularity because of its new NFT platform called NBA Top Shot, an NFT marketplace with NFT collectibles that captures cool video moments of basketball for fans to purchase and resell. NBA Top Shot is the first NFT application that is Dapper Labs’ own new high-performance Flow blockchain.

NBA Top Shot is still in open beta but has seen exponential growth in 2021. According to Dapper Labs, “NBA Top Shot grew by 30x in 2021, with more than US$780M in collectibles bought and sold, more than 1.1M registered accounts of which over 48% own at least one moment, and over 13 million transactions.”

With the fresh capital in hand, the company aims to expand its product offering on NBA Top Shot and Flow blockchain. The announcement reads:

“Dapper Labs will use the new capital to continue to scale and support major additional brand-driven sports, entertainment and music-based products coming online and being developed on the Flow blockchain.”

As part of these plans, Dapper Labs also announced a partnership with the iconic Spanish football league LaLiga Santander. Just like NBA Top Shot brings to fans the top digital highlight moments from the NBA and WNBA, Dapper will do the same for LaLiga’s amazing football action, beginning in June 2022. To do this a new NBA Top Shot-like platform LaLigaonFlow is underway.

Calling all ⚽️ fans! Doesn’t get better than this.
Dapper Labs has joined forces with @LaLiga to bring a new digital collectible experience for fans #builtonFlow. https://t.co/qBLQxUuuWv

“Dapper Labs is growing quickly but we’re just scratching the surface of what this new technology can do for people. We’re excited to partner with our incredible investors to scale NBA Top Shot and launch our upcoming titles as well as unlock the potential of the open ecosystem building on Flow.”