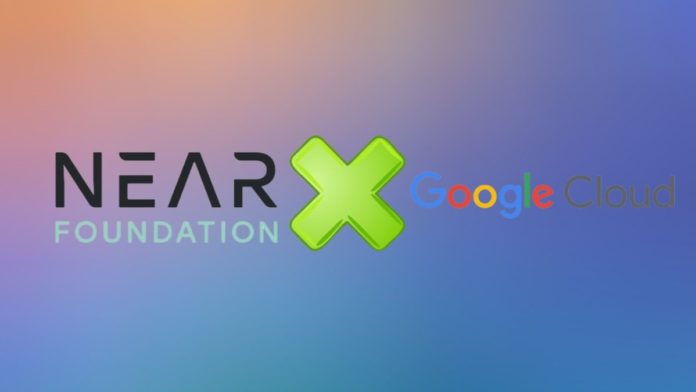 Decentralized application (dApp) platform maker NEAR Foundation has revealed a collaboration between Google Cloud and its blockchain network, NEAR Protocol, giving a major boost to build and scale Web3 projects and dApps.

Web3 adoption is surging at an exponential rate. Global companies are ramping up efforts to increase their foothold in this space. Despite an economic slump, Web3 development continues to skyrocket promising to be a game-changer in the evolution of the internet. Major organizations such as JP Morgan, Disney, Mastercard, Formula 1 including a host of other multi-billion dollar firms have already started building the next iteration of the internet, Web3.

How Will the Partnership Benefit NEAR?

The developer experience on NEAR Protocol just keeps getting better 💪https://t.co/gOiFJ5iZBc

On October 5, NEAR Foundation announced the partnership between Google Cloud and NEAR Protocol enabling Google Cloud to provide technical infrastructure for NEAR’s Web3 startup platform, Pagoda. The partnership will support developers to build and create dApps streamlining Web 3 innovations. It will further help in creating a simplified pathway for the mass adoption of Web3 technologies.

As per the official blog post, Google Cloud will provide the infrastructure for NEAR’s Remote Procedure Call (RPC) node provider to Pagoda allowing developers to deploy code quickly, securely and seamlessly. Launched in February 2022, Pagoda is a platform that provides Web3 developers building on NEAR with a full-stack toolset to construct, launch and maintain their Web3 projects or DApps on the blockchain.

Marieke Flament, CEO of the NEAR Foundation, enthusiatically expressed that the partnership will bolster Web3 development and focus on usability among developers and users. He added,

“This partnership marks a new chapter for us as we continue to offer the best support possible for the next generation of visionaries choosing to build on the NEAR protocol.”

“We will be supporting NEAR and giving Web3 developers the most secure, reliable, and sustainable cloud infrastructure on which they can build and scale.”

The @NEARFoundation has partnered with @CaerusVentures to launch a $100m fund for creators.

Last month, NEAR Foundation announced a partnership with VC firm Caerus Ventures to launch a $100 million venture capital fund and venture lab with the objective to support engineers, builders, and developers in the burgeoning Web 3 sector.

Earlier this year the Swiss foundation expanded its presence in Africa, collaborating with a Kenyan blockchain community, Sankore, to create a regional hub to provide cryptocurrency education for the locals.