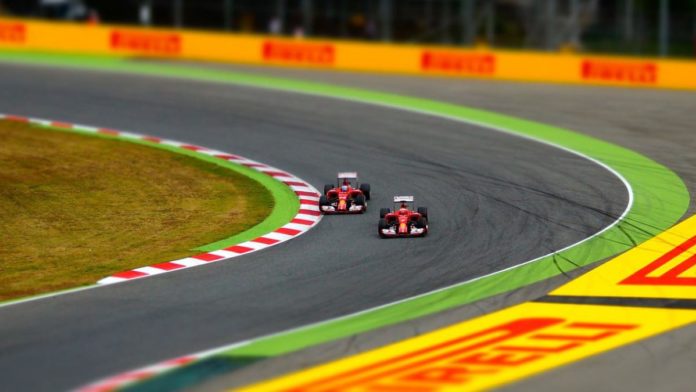 Behold motorsport fans! Racing giant, Formula One, has announced that it has registered NFT and virtual reality (metaverse) trademarks for the Las Vegas Strip Circuit, expected to take place in November 2023. As per the filings, Formula One intends to offer cryptocurrency exchange services, currency trading, virtual currency services as well as carbon offsets. The racing organization, is also planning to offer virtual goods in the form of sporting equipment, virtual clothing, headphones, lanyards, souvenirs, keyrings, digital art, jewelry, sculptures, and other items.

This comes at time when the crypto market is reeling under a major turmoil. On August 29, trademark attorney, Mike Kondoudis, took to twitter to explain the trademark application filing. According to Kondoudis, the world’s largest racing organization, plans to release the NFTs ahead of the 50-lap Grand Prix in Las Vegas.

The event may use an NFT-based ticketing service, like the one at the 2022 Super Bowl. Moreover, F1 will likely sell some NFT-based virtual goods that can be used in games or the metaverse.

This is not the first time, F1 has dipped its toes in the crypto water. In February 2022, Singapore based cryptocurrency exchange, Crypto.com, announced a collaboartion with F1 as the official title sponsor of the Miami Grand Prix held in the month of May. Most F1 teams have sponsorships with crypto companies. The top two teams in F1 so far this season, Red Bull and Ferrari, both announced new crypto sponsorship deals in the past few months.

1/ We're extremely excited to announce that https://t.co/vCNztABJoG is the newest Global Partner of @F1🏎

Crypto is here to Stay

Ferrari has been working with with blockchain company, Velas while Red Bull has inked a deal with cryptocurrency exchange, Bybit. Other leading Formula One teams have bagged major crypto sponsorships. McLaren has a long-term deal with OKX making the crypto exchange one of the leading sponsorship partner for the team.

anyone know how much would it cost for dogecoin to sponsor @HaasF1Team?

why i think it would be fun:
– they’re the massive underdoge of F1
– they lost a big sponsor recently
– they are extremely memeable

also, F1 is a hella fun sport and i recommend the Netflix show to all ~ pic.twitter.com/Zv8dItEPiQ

McLaren Racing CEO, Zak Brown, claimed that there is an exponential increase in the adoption of cryptocurrency. He added that he is “quite fascinated and excited about crypto” and that he personally has invested in a diversified portfolio of cryptocurrencies. Even Dogecoin creator, Billy Markus, expressed his desire for DOGE to sponsor the Haas F1 team. Brown said,

“Crypto is a massive industry. It is clearly here to stay and is a big part of the economic future.”

0
According to a survey conducted by Coda Labs, 6,921 people from five countries were asked questions about crypto, NFTs, and Web3 games in order...
Read more
Companies

0
Abdulla bin Touq Al Marri, UAE Minister of Economy, launched the Ministry's headquarters in the metaverse which is the "digital twin" of the department's...
Read more
- Advertisment -
Posting....