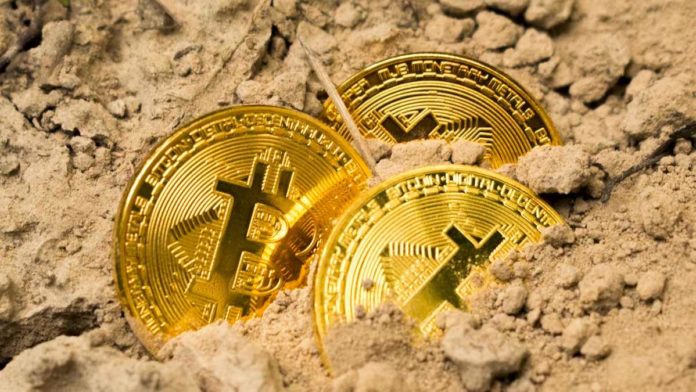 It has been claimed that Bitcoin has a greater impact on the environment than gold, according to researchers from nature.com.

According to a paper published by Benjamin A. Jones, Andrew L. Goodkind & Robert P. Berrens, the mining of Bitcoin (BTC), the most popular proof-of-work cryptocurrency, can produce energy-related climate damages by a considerable amount of carbon dioxide. Three sustainability criteria are provided in the report to help indicate when the effects of climate change may not be sustainable.

According to the authors, BTC mining does not succeed in any of these three areas. Based on their findings, for 2016, 2017, and 2021, the impact of BTC on climate damages increases rather than decrease as the industry matures over time. There are times when the damages caused by Bitcoin climate damage exceed the value of each coin created during a certain period of time.

Furthermore, it has been observed that every dollar of BTC created was responsible for climate damage of $0.35 in global terms. To put things into perspective, this is equivalent to beef production or burning crude oil as gasoline, which is an order of magnitude higher than wind power and solar power.

As a whole, these results are indicative of an underlying trend that raises questions about sustainability. Although some have referred to BTC as a form of “digital gold” from the perspective of climate damage, it actually operates more like “digital crude” from a technical perspective. 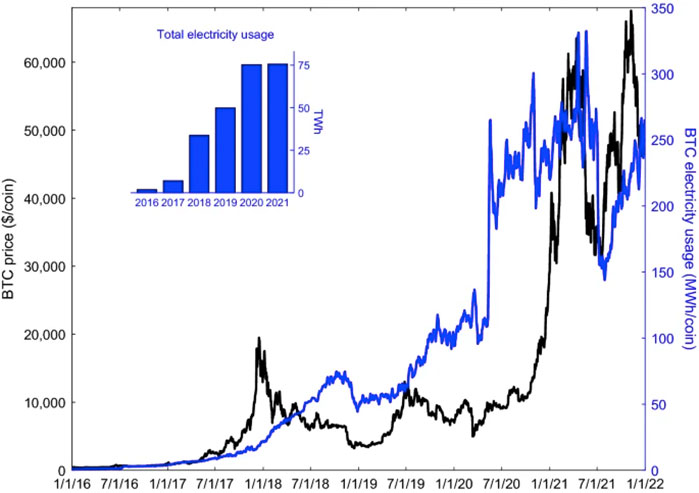 With the increase in the mining effort over the course of time, authors estimate steeply increasing emission rates of CO2e (carbon dioxide equivalent) per coin created.

According to the report, BTC’s climate damage averaged 35% of its market value from 2016 to 2021 and 58% from 2020 to 2021. BTC falls into the category of commodities that are energy intensive or heavily polluting, such as beef production, electricity generated by natural gas, or gasoline produced from crude oil, and it has a significantly higher impact on the environment than commodities such as chicken and pork, as well as renewable power sources such as solar power and wind power.

The authors of the paper believe that cryptocurrencies based on POW are headed for an unsustainable future. The industry may need to rethink its production path away from POW or move towards POS. Otherwise, it will likely lead to an increase in global climate damages in the future if this class of digitally scarce goods is not regulated now.

Bitcoin Energy Consumption Increases Over 40% in a Year