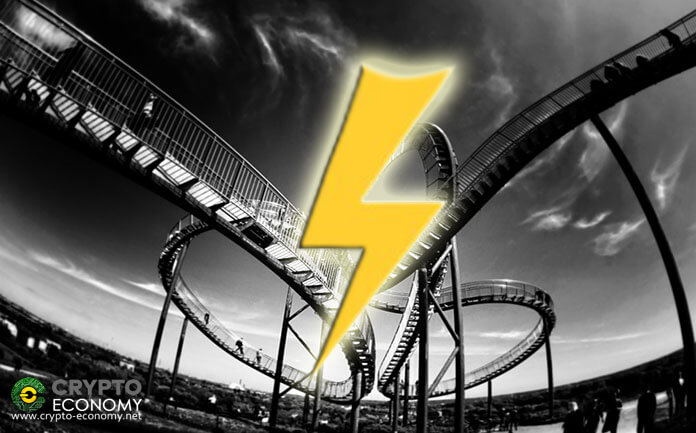 Bitcoin-focused development studio Lightning Labs has announced the initial release of its Lightning Network off-ramp dubbed Lightning Loop which is geared towards making it easier to use the rather technical LN Bitcoin scaling solution. According to the March 20th announcement, Lightning Loop will improve the usability of the LN by allowing the users to receive Bitcoin in increasing amounts without the need to close and reopen new payment channels.

The way lightning payments work is that for the first transaction between two users, the fees and confirmation times are similar to a normal bitcoin transaction. However, once a payment channel has been opened, consequent transactions between the users on the same channel will be confirmed at significantly lower fees.

“Lighting channels are like tubes of money … Money moves around in the tube, but the total amount of funds remains constant. So, unlike other payment systems, Lightning requires ‘inbound capacity’ in order to receive funds.”

The main focus of the initial release is the Loop Out feature which allows users to maintain channel lines while offloading their funds from the network. Usually, the LN works by allowing users to transfer funds between each other up a certain limit when they are required to close their payment channels in order to transfer their funds on-chain.

The Loop Out feature makes it unnecessary to close these channels and allow for moving funds from the network and back without losing the connectivity. The advantage this has is in maintaining the minimal fees of transacting through open lines and avoiding reopening channels which could otherwise cost more.

Similarly, Bosworth and Wu revealed that they are working on the reverse feature for Looping In funds from Bitcoin wallets or exchanges while maintaining the payment channels.

“We believe Loop will contribute to the efficiency, scalability, and usability of Lightning. We encourage any Lightning developers, testers, and enthusiasts to begin trying Loop today,” the developers stated in the announcement post.

0
Eric Adams, the New York City Mayor, has big plans for adopting Bitcoin and embraces cryptocurrencies again in an interview. He tweeted some days...
Read more
- Advertisment -
We use cookies to ensure that we give you the best experience on our website. If you continue to use this site we will assume that you are happy with it.OkPrivacy policy