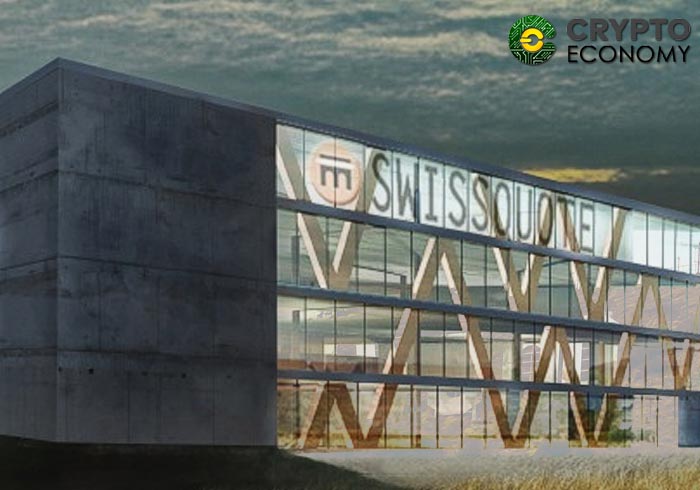 Swissquote, a banking group that specializes in providing online trading and financial services, demonstrated a 44% increment of profits within the first 6 months of 2018. Careful analysis revealed that the surge is due to the soaring value of cryptocurrencies earlier in 2018, Finews reported earlier today, 31 July 2018.

The online banking service launched its cryptocurrency involvement last year in July when it introduced Bitcoin trading accounts for its clients. Most crypto enthusiasts hailed the move while recognizing the bank as the first European online bank to establish Bitcoin trading.

By this time, a number of financial institutions were after the accolade of being the pioneers of crypto integration in online banking. A notable competitor was Falcon Private Banking which managed to get there ahead of Swissquote through offering users the ability to use altcoin and Bitcoin portfolios. This was made possible through the partnership it forged with Bitcoin Suisse AG.

According to Swissquote, the firm registered profits amounting to 26.01 million dollars in the first 6 months which represents a 44% increment when compared to last year’s figures.

Additionally, the online bank saw a notable increase in the number of new accounts and overall trading activity. When compared to experts’ calculations, the profits seem to have edged all expectation by 2.53 million dollars.

The colossal profits, as recently unveiled, are but a second spark of success shown by the banking group. January demonstrated rapid growth in both profits and activity with the group openly attributing the observation to general increase of interest in cryptocurrency trading, especially Bitcoin.

The bank admitted that “several thousand new account applications [were] being submitted every week.”

The commercial sector in general, experienced a sharp increase of customer accounts amounting to 16278 while the number of transactions averaged 11.8 in the first half. This contrasted distinctly with 2017’s average of 1 transaction in the same amount of time.

The general positive trend in the first half of 2018 has created a reasonable air of optimism around how 2018 will conclude. Swissquote expects that the profits and income will end up being up by 15% which is on the higher side when compared with the target set earlier on at 10%.

Since its initial steps in crypto related products, Swissquote expanded the number of supported cryptocurrencies by December where four additional major crypts were added to the program.

By March, this year, further efforts were witnessed as the online bank added an Exchange Trade Product that tracks an Index based on multiple cryptocurrencies. Since then, the Exchange Trade Product has moved on to be recognized and get listed by the Six Swiss Exchange, which is Switzerland’s largest stock exchange.

The Swissquote bank proves to be one of the most comprehensive services offering a number of products to both the individual and institutions. The internet based platform and a variety of analysis and other tools, enables the bank to facilitate trades in funds, equities, bonds, futures and warrants. Other services include ePrivate Banking and the more familiar services including savings accounts, mortgages and forex trading.

0
MoneyGram has announced a 4% ownership stake in the US cryptocurrency cash exchange Coinme after completing a strategic minority investment.
Read more
Press Releases

0
Today, clever folks try to enrich their budgets with the help of cryptocurrency or simply crypto. This method offers multiple options. You should invest...
Read more
- Advertisment -
Posting....