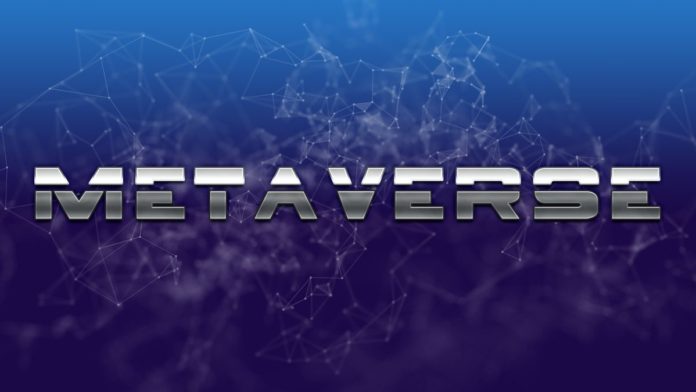 Father of the term, ‘Metaverse’, Stephenson, introduced the concept of virtual reality in his sci-fi novel, ‘Snow Crash’, in the year 1992. Decades later, he is all geared up to roll out his vision to materiality. In order to fulfill his dream into reality, Stephenson, has partnered with cryptocurrency pioneer, Peter Vessenes. The duo announced a new layer-1 blockchain technology designed for the Metaverse with Web3 principles in mind.

The assumption that the Metaverse is primarily an AR/VR thing isn't crazy. In my book it's all VR. And I worked for an AR company–one of several that are putting billions of dollars into building headsets. But…

LAMINA1 – From A Dream To Reality

According to the official blog post, LAMINA1 will serve as the base layer for the Open Metaverse. The layer-1 blockchain tenders a more modern and integrated Web3 ecosystem as the first building block for an Open Metaverse. The provably carbon negative Lamina1 chain will offer high transaction volume and an economic design with new incentive mechanisms to help create diverse economies for creators and entrepreneurs.

Stephenson believes that the burgeoning space of metaverse catalyzed his desire to bring his 30 years’ old version of the virtual reality to life. He emphasized that the primary objective of LAMINA1 will be to provide a strong base layer of open source tech that provides key services to creators while making sure that they get paid. Stephenson said,

“The 30th anniversary of Snow Crash, and recent interest in actually building the Metaverse, has got me thinking about how to do it in a way that’s true to the original concept. We’ll build first-and second-party experiences just to make sure it all works. But we’ll know we’ve succeeded when Lamina1 is adopted by third-party creators.”

The LAMINA1 founding team will be joined by several experts in the virtual world including Tony Parisi, the inventor of VRML (the original standard for 3D graphics on the web) and Rony Abovitz, founder of Magic Leap, one of the leading AR/VR platforms.

I am thrilled to announce that I have joined @LAMINA1official as Chief Strategy Officer.

Excited to build this new venture with @nealstephenson @vessenes @rabovitz and a world-class executive team!https://t.co/27QzTUxKMB

A True Meeting Of The Minds

The initial round of investors will include Geoff Entress, MD and Co-Founder of PSL, Reid Garrett Hoffman, American venture capitalist, Bing Gordon, technology VC, Wu Ying, formerly the sixth-richest woman in China, Matthew Roszak, blockchain investor and Peter Vessenes, among many others.

Vessenes expressed that the collaboration with Stephenson on LAMINA1 as, “a true meeting of the minds”. He stated that there cannot be a better way to honor Snow Crash’s 30th anniversary than by co-founding Lamina1. Vessenes went on to add,

“As an active investor and cryptographer, I have a list of the technology, economic and social innovations I’d like to see in a Layer-1 chain, so being able to team up with Neal and his personality, wisdom, and vision was compelling enough that it brought me out of retirement.”

0
One of the most successful teams in European football, Paris Saint-Germain (PSG), has collaborated with Taiwanese celebrity, Jay Chou, to launch a new metaverse...
Read more
Opinion

0
Decentralized applications are often referred to as DApps. These digital applications tend to function on a blockchain. Moreover, they can also operate on a peer-to-peer...
Read more
- Advertisment -
Posting....
We use cookies to ensure that we give you the best experience on our website. If you continue to use this site we will assume that you are happy with it.OkPrivacy policy