Home Reviews Komodo Antara Framework What is it and what is its mission?
FeaturedReviews

Komodo Antara Framework What is it and what is its mission? 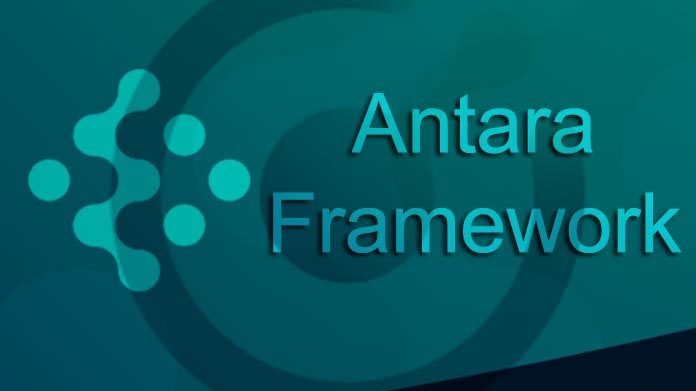 Komodo’s goal has always been to create an open, permissionless, programmable and interoperable blockchain ecosystem which seeks to be more inclusive of smaller innovative blockchain projects. The Antara framework is a natural extension towards that goal.

Komodo’s mission is to create a multi-chain ecosystem of launching and running interoperable applications. The Antara framework, which was launched on July 15th, is the natural progression in this respect that will allow developers and creators of blockchain projects to make use of Komodo’s core technology and bulletproof security to launch their projects with minimal time and cost.

What is Antara framework? 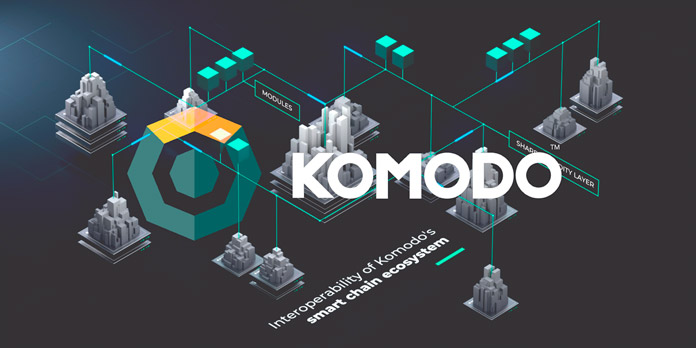 Antara is Komodo’s version of a decentralized platform that allows for the development of completely autonomous blockchains that are based on Komodo’s innovative technology.

Think of Ethereum and its smart contracts platform, then add some extra features including autonomy of applications, one-off gas fees, full customization capabilities and independent networks with own consensus mechanisms. That is Komodo with the Antara Framework. It is a new network upgrade that allows developers to create Turing-complete applications at a fraction of the cost of running such a network.

Komodo was not content with creating a highly secure, flexible, scalable and decentralized blockchain. It wanted to provide the tools for other projects to take advantage off while designing and creating their solutions.

The Antara framework is the answer to that. According to Komodo, the name Antara comes from the island of Indonesia. In fact, the name Komodo is also from the same source and so is the Agama wallet.

So when looking for a name for the new smart chain technology platform, the Komodo team went back to Indonesia. Antara means “inter”, “cross” or “between.” The name was put to a vote, and several key contributors amongst the Komodo community including the notary node operators voted overwhelmingly for the Antara name. 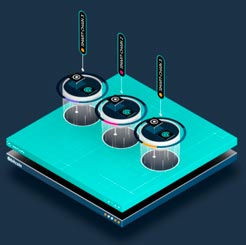 Komodo has launched a suite of tools recently including an API (application programming interface) that will allow developers to create custom blockchains based on the proven Komodo technology and take advantage of features such as security, interoperability and flexibly at a fraction of the cost of launching a similar blockchain from scratch.

In addition, Komodo is the first blockchain network to launch the multichain architecture that is now becoming popular with projects such as Cosmos and Polkadot.

With Komodo, you can swap more than 95% of the coins present on Coinmarketcap with each other without using an exchange, utilizing its famed atomic swap feature.

And now with the launch of the Antara framework users will be able to create side-chains based on the Komodo main chain, making use of the framework’s modular structure. Komodo describes Antara as an end-to-end chain development framework.

As a framework, Antara consists of three development layers: Smart Chains, Modular Library as well as the Integration Layer.

This is the first layer of the Antara Framework which allows developers to design blockchain on the Komodo network based on four key features:

Smart chains allow other blockchains to run on the Komodo blockchain totally independent of the main chain.

The smart chains have up to 18 different ways available for customization. These include choosing a consensus rule, block reward rules, block-time, pre-mine rules, hashing algorithms among several others.

Based on the prior feature of extensive customizations, smart chains can then be created to fit specific functions exactly. Some examples of functions range from blockchain games, supply chain management solutions, energy consumption applications, or real-world asset tokenization.

Blockchain applications have the capability to gain widespread adoption. In the chance that one gets such adoption fast and its current blockchain features and limits are surpassed, the developers can increase the bandwidth as well as the functionality of the smart chain to handle greater functionalities. Chain developers can create additional side chains and sync them together.

As stated earlier, smart chains built on the Komodo blockchain are highly customizable and part of the feature that allows for those customizations are the vast modules available.

It is these modules in addition to the smart chain layer that allows for fast development of decentralized applications on the Komodo blockchain in record time.

The third and final layer of the framework is the Integration Layer which really allows for the creation of the smart chains. The most important feature of this layer is the API calls. The modules highlighted above comprise a series of RPC calls that are affected through the use of the API.

The API is open for use by the community which also gives access to the vast white label products. This will allow developers to create blockchain applications and deploy them fast to the market for testing. The Antara Framework really accelerates the development process while reducing the costs significantly.

The Komodo Antara Composer is a web application for creating smart chains. An improvement on the previous tedious smart chain development technique of downloading the Komodo daemon package.

With the Composer, you can design and launch custom-built blockchains in minutes by making a series of clicks. Once the customizations have been selected from the list of available modules, the software creates the blockchain in under 60 seconds.

The Composer is hosted on the partner AWS platform by Amazon and comes standard with the secure dPoW security feature inherent in the Komodo blockchain. All smart chains built on top of the Antara framework have the inbuilt capability to use dPoW to ensure the security of their networks.

To use the Composer, browse to this page here where you are presented with an account creation page. Create an account then proceed to creating your blockchain.

The interface allows you to make point and select actions that will lead to a fully customizable smart chain.

The main screen features options such as Smart Chain Name, Ticker, and Logo. Then the same screen allows for further customizations such as pre-mine metrics, KMD wallet address, public keys and a brief description of the smart chain.

All these fields are compulsory. Other fields to fill in are grouped into four more categories including Privacy, Consensus settings, Clusters as well as Rewards for miners. Play around with these settings to get the perfect specifications for your blockchain.

Now, several years later, Komodo has grown into something much greater than a simple privacy coin. Privacy is still important but it’s just one of many optional features available to projects that launch an independent blockchain with Komodo’s technology.

The project uses a pegged dPoW-secured side chain with zero-knowledge proof transactions for privacy and uses the Bitcoin blockchain to back up block data. This ensures that the blockchain is both highly secure and private without investing in the resources that make bitcoin that much secure.

0
The Rainbow Bridge got attacked, but Alex Shevchenko tweeted it was stopped automatically, and no funds were lost. The tweet starts saying: https://twitter.com/AlexAuroraDev/status/1520810591803293696 "on the Rainbow Bridge...
Read more
- Advertisment -
Posting....
We use cookies to ensure that we give you the best experience on our website. If you continue to use this site we will assume that you are happy with it.OkPrivacy policy