Home CryptoNews KIK – The US SEC Sues Kik for Securities Violation over...
CryptoNewsFeaturedRegulation 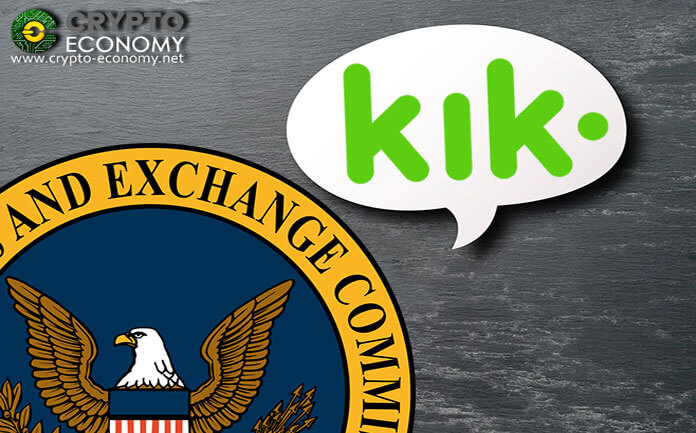 The United States financial regulator Securities and Exchange Commission (SEC) is taking the online messaging service KIK to court over the alleged sale of 1 trillion digital tokens raising $100 million of which the SEC claims at least $55 million was raised from US investors.

The SEC claims in a filing on Tuesday at the Southern District of New York that Kik conducted the ICO back in 2017 in order to improve their solvency considering that it was having cash flow problems at the time. In the filing, the SEC adds that by Kik selling its tokens to investors without registering with the SEC, it breached Section 5 of the Securities Act of 1933.

Steven Peikin, the co-director of the SEC’s Division of Enforcement said that

“By selling $100 million in securities without registering the offers or sales, we allege that Kik deprived investors of information to which they were legally entitled, and prevented investors from making informed investment decisions.” He also added that “Companies do not face a binary choice between innovation and compliance with the federal securities laws.”

“Kik told investors they could expect profits from its effort to create a digital ecosystem,” Robert A. Cohen, Chief of the Enforcement Division’s Cyber Unit, said in the SEC’s press release.

“Future profits based on the efforts of others is a hallmark of a securities offering that must comply with the federal securities laws.”

Further details show that the SEC alleges that Kik sought to avert filing for registration by claiming that its KIN tokens were “Utility Tokens” and they would be used within the KIK platform. This fact the SEC claims to be disingenuous of the messaging platform since “these services and systems did not exist and there was nothing to purchase using Kin.”

The SEC is, therefore, seeking an injunction to force Kik to return all the funds from the ICO to their respective investors as well as pay interest and penalties. Kik, in its part, begs to differ against SEC’s claims. In addition, Kik seems to have been anticipating the lawsuit and is welcoming the effort by the SEC to take the company to court. In a statement by Kik CEO Ted Livingston, he said that,

“This is the first time that we’re finally on a path to getting the clarity we so desperately need as an industry to be able to continue to innovate and build.”

Kik has reportedly spent a whopping $5 million so far in its dealings with the SEC. in addition, Kik launched a donation campaign for a further $5 million to help fund its defense against the SEC, a campaign that has already raised $4.37 million.