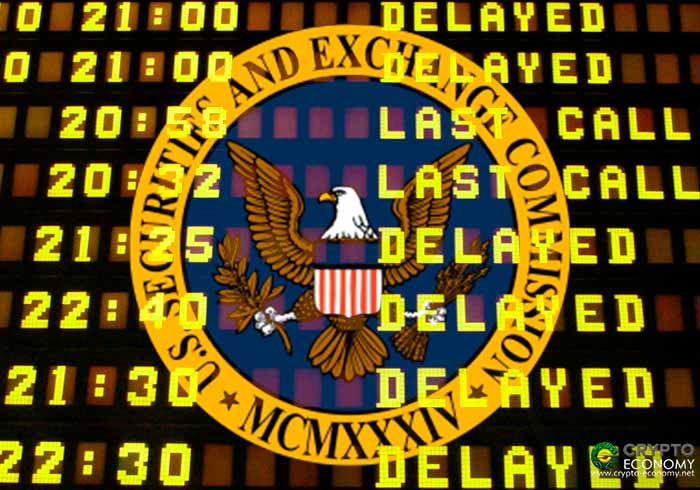 In a move that was highly anticipated, the US financial regulator The Securities and Exchange Commission (SEC) has again postponed a ruling on a proposed rule change by the VanEck/Solid X that would have allowed for the launch of the first of its kind Bitcoin exchange-traded fund (ETF) in the United States.

In an announcement document published on Monday, the SEC decided to postpone the ruling a further 90 days to give room for commenting from interested parties. For the next 21 days following the publication of the document in the federal registrar, the commission will be receiving comments from the public. Once the 21 days are over, the SEC will open a period of rebuttals and responses to these submitted comments that will last 35 days.

The remaining 34 days will be a period of deliberation by the commission on the submitted comments and their rebuttals bringing the postponement to a total of 90 days as provided for in the law. The ruling should be expected before August 19th. However, the SEC still has one more chance to postpone the ruling further if they so wish a further 60 days until October 18th, the final date for the ruling on the proposal.

The document reads in part that “The Commission is instituting proceedings to allow for additional analysis of the proposed rule change’s consistency with Section 6(b) (5) of the Act, which requires, among other things, that the rules of a national securities exchange be ‘designed to prevent fraudulent and manipulative acts and practices, to promote just and equitable principles of trade,’ and ‘to protect investors and the public interest.”

The VanEck/Solid X proposal was first submitted in 2018, undergoing a similar postponement for the better part of the year before the companies decided to withdraw the application in January following a protracted partial government shutdown. The two companies resubmitted a few days later once the government has resumed duty, a few days after the Bitwise Asset Management in conjunction with NYSE Arca had already filed for a similar rule change proposal. Bitwise’s application was similarly postponed last week to allow for commenting as well.

Both the Bitwise and VanEck/Solid X applications’ rulings were previously postponed from March to May after the lapse of the first 45 days. The regulator is yet to approve a Bitcoin (or any cryptocurrency-based) ETF in the United States. Most anticipate that the launch of a Bitcoin ETF will be a positive increase in the liquidity of the nascent industry with an expected value increase.

Following a brutal bear market that defined the crypto space for the better part of 2018, most investors have been holding their breath as they await the launch of the ETF expecting that it will lead to the reversal of the market trend.

The SEC has cited market manipulation and custody of customer assets as the main concerns for the multiple delays in green-lighting a Bitcoin ETF.