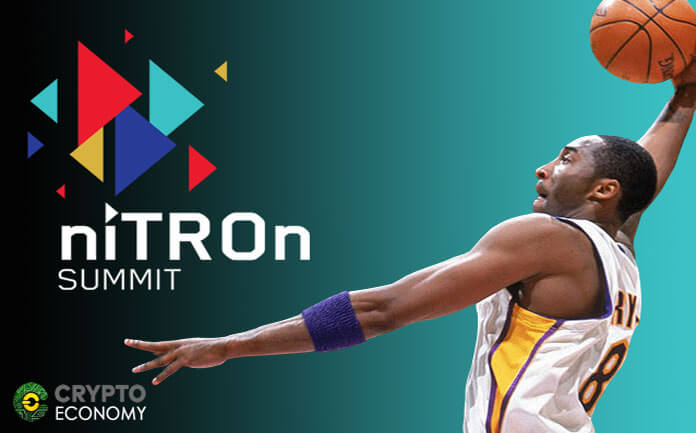 As usual, Tron’s CEO, Justin Sun took the great news to twitter in the following words:

“Looking forward to having @kobebryant, CEO & President of Kobe Inc and #NBA legend, at our first international conference #niTROn2019!! Excited to exchange insights on entrepreneurship! Join the event http://www.nitron.org”

The niTROn conference has the general aim of being a hub where players from different industries are introduced to blockchain technology and how it relates to their respective niches. This can in turn give the technology more exposure and adoption provided that the involved players act on its potential.

Having a familiar sports icon will undoubtedly take the marketing potential of the event a long way as cryptocurrency enthusiasts are looking to grasp the legend’s views on cryptocurrency and blockchain technology. Justin Sun went on to express his excitement for having the icon on the summits stage.

Kobe Bryant is considered as one of the greatest players to ever grace the game of basketball. His career spanned a period of 21 years where he won back-to-back NBA championships along with a total of 2 Olympic gold medals.

The former NBA superstar has been involved in a number of projects since his retirement and his involvement with the summit represents his first publicly recognized contact with the cryptocurrency space. In addition to having the star on stage, Tron is also set to reveal some more information regarding the future of Tron.

The summit will also feature a roundtable discussion where various leaders will engage in an in depth discussion on a number of crucial issues including public chain research and DEX development.

Kobe Bryant’s participation at the conference represents an ever-increasing profile and popularity of the cryptocurrency space. Earlier this year in October, the cryptocurrency industry saw another high profile address at the Swell conference which was organized by Ripple as former president, Bill Clinton, delivered a speech that commended blockchain’s “staggering” potential.