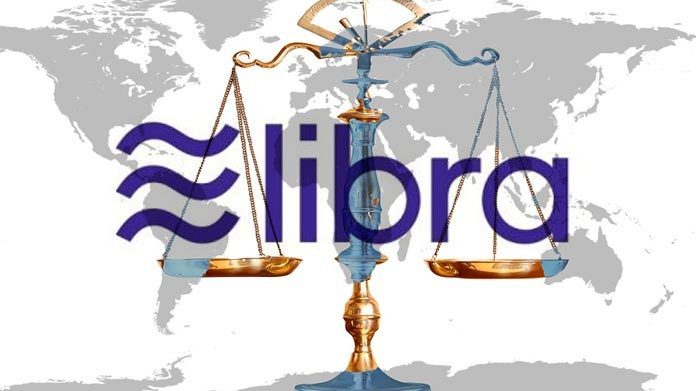 It seems bad days for Libra are elongated as unpleasant news and prediction are surrounding Libra from all sides and this time it is from JPMorgan Chase’s CEO, Jamie Dimon.

According to a blog post by CNBC, Jamie Dimon, CEO of JPMorgan, at a conference in Washington DC on Friday,  said that Facebook’s cryptocurrency project Libra was a neat idea that would never happen.

“We already have stablecoins, they’re not the first to do it. I have got nothing else to say about it.”

Speaking at an Institute of International Finance (IIF) event in Washington DC, Jamie Dimon said that his bank has also a similar project called JPM Coin.

He also rejected the perception the big names in the US banking system had benefited from a material loosening of regulations under the administration of Donald Trump. He said that only slight adjustments were made and they had no big difference.

Similar discouraging statements for Facebook’s Libra are also coming from other big names. Warren Davidson, a US Congressman of Ohio’s 8th congressional district, in an interview with Noded Bitcoin Podcast co-hosts Pierre Rochard and Michael Goldstein, said that Facebook should adopt Bitcoin and drop Libra project.

He said that it would be a great idea for Facebook to simply integrating Bitcoin into their platform rather than trying to create something completely new.

These discouraging statements are not the only problem for Facebook’s Libra. As Libra is facing intense regulatory scrutiny, seven key member from the consortium of 28 initial partners have withdrew their support to the project.

As Crypto-Economy reported on October 5, PayPal was the first company to quit the project. On October 11, PayPal’s lead was followed by Mastercard, Visa, eBay, Stripe, and Mercado Pago.

Then on October 14, Booking Holding, the leader in online travel, became the seventh company that had formally left the association.

After the meeting, the Libra Association published a document giving the details about the meeting. According to the document, attempting to signal its popularity, the association claimed that that over 1,500 entities have indicated interest in joining the Libra project effort, and approximately 180 entities have met the preliminary membership criteria shared at libra.org.

0
The CEO of Binance and crypto billionaire, Changpeng Zhao (CZ) is suing Bloomberg Businessweek over accusations of running a Ponzi scheme. CZ is launching...
Read more
- Advertisment -
Posting....
We use cookies to ensure that we give you the best experience on our website. If you continue to use this site we will assume that you are happy with it.OkPrivacy policy