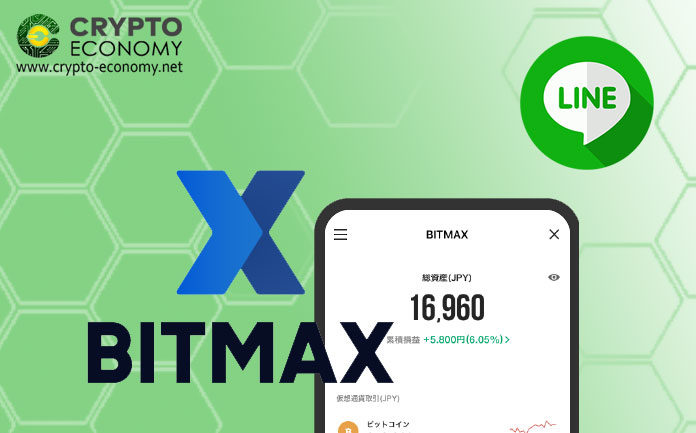 With a customer base that amounts to 81 million users, Line is prepared to offer its esteemed Japanese customers which doubled as cryptocurrency enthusiasts with an exchange. Now, the wait is over as the Bitmax Line cryptocurrency exchange in Japan has just begun operations.

According to the official press release, Bitmax went live on the 17th of September 2019 and will support trading of five cryptocurrencies. The five cryptocurrencies are Litecoin (LTC), Bitcoin Cash (BCH), Ripple (XRP), Ether (ETH) and Bitcoin (BTC). The launch of Bitmax was made possible by LVC Corporation Line’s blockchain branch.

On the other hand, actual trading is carried out via Line Wallet. For now, android users can make their transactions via Line’s android app, but iOS phones aren’t supported at the moment. However, development is underway to ensure iOS users can also execute their crypto transactions via their smartphones. On security matters, Line has separated its customer’s assets with a cold wallet management feature which stores trader’s assets offline.

Apart from Bitmax, Line has fronted other projects in the crypto space starting with Link its cryptocurrency followed by Link Chain its blockchain network. The latter developments were all done in 2018. In 2019, through Line Pay Corporation Line partnered with VISA to launch a blockchain solution. Line Pay Corporation is Line’s financial service subsidiary. Besides the above, Line has also made other developments in the global crypto space.

In Singapore Line launched its exchange Bitbox which operates globally but isn’t available in the United States and Japan due to regulatory requirements. However, for its Japanese market, Line fronted Bitmax. For Bitmax, Line had its legal permits in order after the country’s watchdog granted it a license. Although the above depicts Line’s development in the crypto sphere, the latter is just a tip of the iceberg more developments are being made to launch other projects.