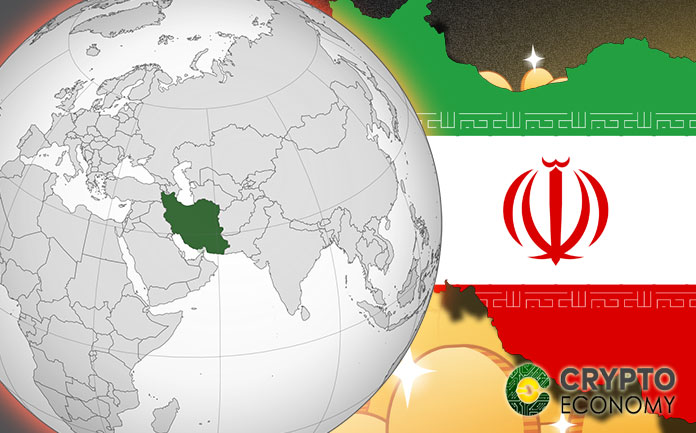 An Iranian general has stated that the country has the option of turning to cryptocurrencies as a channel to circumvent sanctions. Brigadier General Gholam Reza Jalali is the head of Iranian Civil Defense Organization.

He was quoted on Monday as saying that there are great opportunities within the crypto sector available to the country to avoid the crippling effects of the sanctions in certain areas.

The statement is another indication that the gulf state is working on a national cryptocurrency development policy which has been hinted before by some officials.

The move to create a national digital currency stems from the fact that Iranian imports and other international transaction are done with the USD.

“Our major problem here is the US dollar, because the United States uses its national currency to control any country’s SWIFT operations, so we should reduce dependence on the dollar and replace it with another currency,” the official said.

SWIFT, the international global remittance placed restrictions on Iranian transactions from for four years. The blackout which was partially lifted in 2016 still means that the country is largely dependent on USD based payments for trades.

Economic sanctions announced by the Trump administration against the Iranian government have led to record low of the country’s currency, the Rial. There have been talks between Iranian and Russian delegations on the possibility of conducting trades between the two countries using digital currencies.

Mohammad Reza Pourebrahimi is the head of Iran’s Parliamentary Commission of Economic Affairs. He revealed that they reached a consensus with the Russian parliament’s Committee on Economic Policy on the issue.

According to Pourebrahimi, “We said that if we manage to promote this work, then we will be the first countries that use cryptocurrency in the exchange of goods,” adding that the Russians shared similar opinions on the issue.

The Iranian national cryptocurrency policy was announced in February by its Minster of Information and Communication Technology, Mohammad-Javaz Azari . In May he said that the project had reached an advanced stage and was going through some tests.

Among the details known about the Iranian cryptocurrency is that it is open-source. This was revealed by Iran’s Informatics Services Corporation (ISC) an affiliate of the nation’s central bank. It was also revealed that the coin using the Hyperledger Technology is backed by Rial, the local Iranian currency.

Linux Foundation is now in charge of the Hyperledger, the blockchain framework initially developed by IBM and Digital Asset, a New York based blockchain startup.

The Iranian crypto has a roadmap that shows that it shall be integrated as a payment instrument with interbank capacity. It will be used locally and internationally.