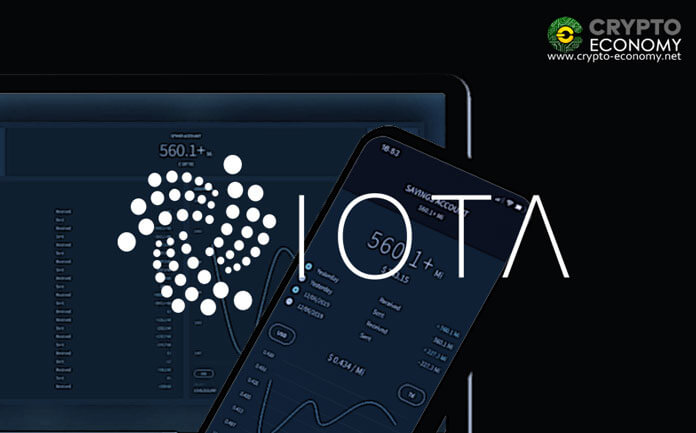 Trinity Wallet, IOTA Foundation’s official token wallet is finally out and available for download to all major platforms. The foundation made the release announcement on Tuesday, July 2nd with Dominik Schiener, co-founder, IOTA Foundation touting it as an “industry-leading” wallet.

The wallet makes an improvement on both the user interface and security of all competing wallets in the market particularly those supporting IOTA tokens.

“With over $1.8 billion of IOTA transacted and over 160,000 downloads across platforms, the Trinity wallet has already been used widely in beta. The full release of the Trinity wallet is now available for mobile and desktop platforms, including Mac, Windows, Linux, iOS and Android,” the press release stated.

According to the release, the wallet underwent a rigorous test phase conducted by cyber security firms SixGen and Accessec and passed the tests. This should give Trinity users the confidence to transact using the wallet going forward.

“We are happy to bring our commitment to rigorous security testing and superior wallet security to the IOTA Foundation’s Trinity wallet,” Ethan Dietrich, the CEO of SixGen said in a statement. “It is clear the Trinity team takes security very seriously and has applied best practices throughout the wallet’s development. SixGen’s in-depth review and testing ensures users can store and send tokens with confidence and peace of mind.”

Some of the features shipping with the wallet include the ease of use intuitive design, hardware compatibility with Blue and Ledger Nano S, X wallets. IOTA has actually been working collaborating with Ledger for a while now and such a partnership would be expected. “Trinity and Ledger provide unparalleled security for storing and accessing your IOTA tokens,” the release added. With the Trinity wallet, users will also be treated to theme customization capabilities, Biometric identification security, global language support for 25 languages (with more to come), Secure SeedVault digital backup as well as a community-sourced design that is intuitive and attractive.

In a statement, Schiener said that,

“Trinity, delivers on IOTA’s goal to provide secure, accessible and community-driven token storage for the international cryptocurrency marketplace,” adding that IOTA Foundation has “partnered with [its] community to ensure [it is] addressing the cryptocurrency market’s needs with the utmost levels of excellence.”