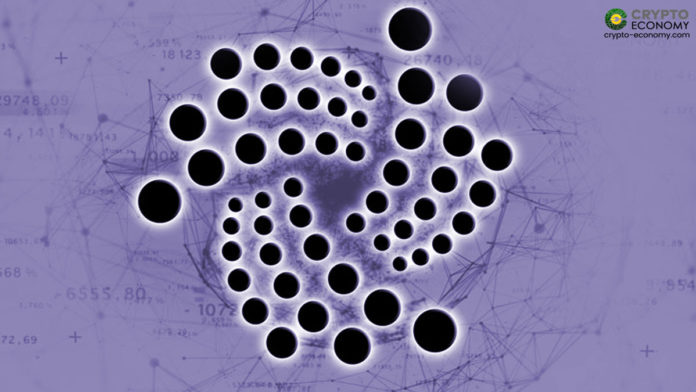 IOTA Foundation has announced the beta release of IOTA smart contracts functionality with a few notable features such as zero fees, improved scalability, and Ethereum interoperability.

IOTA Foundation announced the news in a blog post on Thursday, October 21. According to the announcement, IOTA smart contracts are to address some of the drawbacks of existing solutions like high fees, scalability, interoperability, and limited composability.

According to the team, with its smart contract solution, IOTA aims to launch smart contract blockchain networks on top of IOTA. These smart contract chains will enjoy the security of IOTA’s base layer and scalability provided by Tangle’s DAG architecture.,

“While this is an early implementation, it already provides extensive compatibility, bridging the biggest smart contract ecosystem onto IOTA’s feeless base layer. This means that Solidity contracts can easily be ported to IOTA, reducing implementation time and benefitting from the vast ecosystem of Solidity tooling and products available on the market today. This already includes full access to the MetaMask wallet.”

IOTA smart contract platform will empower developers to set their own IOTA smart contract execution fees. smart-contract chain developers have full flexibility to define their chain and tokenomics. The team believes that this feature will result in several chains competing for work against each other, which in turn will lead to the lowest fees possible to execute a smart contract.

To offer a flexible development environment, IOTA smart contract platform supports Solidity, Rust, and GO (TinyGo). The team released the alpha version of IOTA Smart Contracts Protocol in March 2021 that supported Rust and the WebAssembly framework, providing a development environment similar to Polkadot and NEAR protocol. The addition of Solidity and EVM is new in this beta release.

“IOTA Smart Contracts is a sharded smart contract network, where each smart contract chain is limited by its own scalability and is not hindered by the rest of the network.”

As Crypto Economy reported, in April 2021, IOTA underwent a major upgrade, called Chrysalis, that transformed IOTA into a wholly new blockchain in the IOTA community with the new protocol, implementation, and cryptography. The IOTA Smart Contracts beta is currently available on IOTA 2.0 DevNet.

In the next release, IOTA will be available on the current IOTA mainnet, called Chrysalis, before switching to the fully decentralized IOTA 2.0 protocol, a process called Coordicide. The announcement reads: