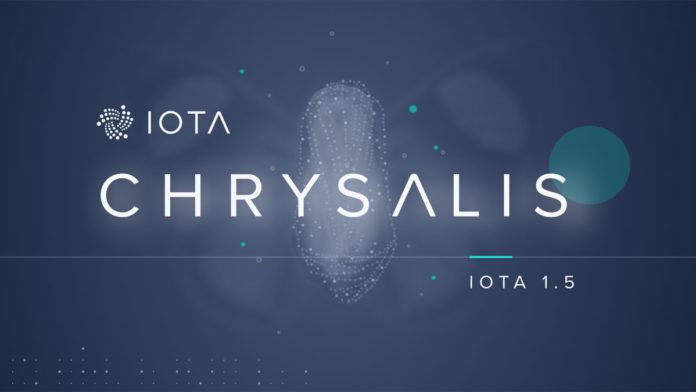 The biggest upgrade in the IOTA network is now available for the public. IOTA Chrysalis, the final strategic step before Coordicide, is now live.

IOTA calls the Chrysalis new dawn for the blockchain. Many new features, services, and updates were developed for Chrysalis. It can be considered as a wholly new blockchain in the IOTA community. Chrysalis comes with a new protocol, wallet, and many libraries that make IOTA ready for bigger changes and enterprise services.

A New Dawn for IOTA

After months of developments, testing, feedback, and some delays, IOTA Chrysalis is now live. The final step before the big Coordicide upgrade comes with many changes for the IOTA community. IOTA Foundation and other developer members of the community was working hard in the past months to improve the blockchain and also change it to serve more use-cases.

IOTA is moving toward becoming an enterprise-ready blockchain with features and tools that help developers create decentralized applications on the blockchain. Crysalis is a major step toward that goal and is now live for the public.

One of the vital steps before the Chrysalis upgrade was migrating IOTA tokens to the new blockchain. According to the latest announcement, more than $1.4 billion worth of tokens were locked for migration before the Chrysalis launch. Those users who haven’t migrated their tokens yet, still have time to follow the process available in firefly wallet. There is no need for any special action for users who hold their IOTA tokens in cryptocurrency exchanges.

Another important step for migration to Chrysalis is upgrading nodes. New versions of Chrysalis Hornet and Chrysalis Bee are ready to download and install for node operators.

Chrysalis upgrade is the result of a partnership between many institutional and individual members of the IOTA community. IOTA Foundation talks about the final step of the upgrade:

“The time has finally come. With Chrysalis, IOTA is now enterprise-ready and has entered a new era of adoption, serving as a base layer for the machine economy, the Internet of Things, and beyond, enabling new use cases and setting standards in data and value transfer. All of this is achieved without fees and while maintaining a minimal environmental footprint.”

The next version of IOTA – Coordicide or IOTA 2.0 – will make the blockchain a fully ready platform for developers, researchers, and many other users. There will not be any major changes between Chrysalis and Coordicide. According to the Foundation, Chrysalis mainly shows how Coordicide will be, and developers can start building on it to experience the new IOTA.