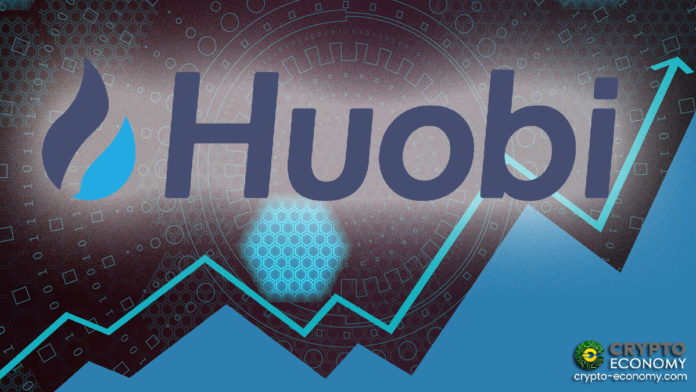 The induction of Huobi China in BSN was announced at the First Blockchain Services Network Partner Conference held on 1 December in Hangzhou, capital of east China’s Zhejiang Province. The State Information Centre (SIC), China Mobile, and UnionPay were the official sponsors linked to this conference.

The Blockchain Services Network (BSN) is an effort to improve e-government services and a nationwide infrastructure platform of blockchain-based service that crosses the public network, as well as multiple regions and organizations.

According to reports, this concept will provide developers with public blockchain resources and greatly reduce the development, deployment, operation and maintenance, interoperability and supervision costs of blockchain applications, and promote the rapid development and popularization of blockchain technology.

“The BSN provides easy access to application and rapid promotion of the blockchain technology.”

Reportedly, the project is starting with three application for the AI-powered City Brain platform for the Zhejiang’s Xiacheng district that includes one-stop e-government service, disinfection supervision in hotels and road condition monitoring.

Yuming Yuan, the CEO of Huobi China, in his speech in the conference, said thanks to BSN for the recognition of the exchange and hoped that a collaborative effort involving the BSN will help educate thousands regarding blockchain technology.

On September 24, 2019, Huobi China, Chinese arm of Huobi Global, announced that, in collaboration with Hainan University, it has established a Blockchain Engineering Research Center of Hainan Province. According to a December 1 report by the Peopleapp.com, Hainan’s Financial Supervisory Authority president Yang Chen said that a ‘regulatory sandbox’ would be created for the province of Hainan. This will help the government learn more about Fintech innovation, but won’t restrict companies from testing out their products.

Singapore-based Huobi is a global blockchain asset financial services provider including exchange, trade, wallet, and storage. Since its establishment in 2013, with offices in China, Singapore, Japan, South Korea, United Kingdom, Australia, Canada, Brazil, and Hong Kong, it has been delivering secure and credible digital asset trading and asset management services to millions of users in over 130 countries.

0
In a press releases today, Huobi Global and Huobi Korea announced that they had partnered with the Busan Metropolitan City government and signed a...
Read more
Companies