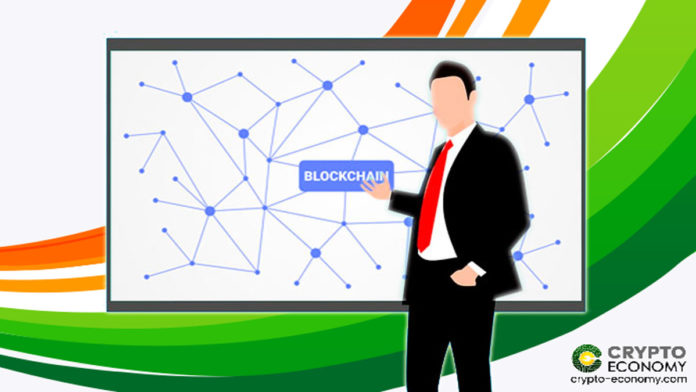 The government of India is working on a strategy that features the efforts of using Blockchain technology at national level in order to scale up and widely deploy the new age technology.

It is the Ministry of Electronics and Information Technology (MeitY) which is preparing this strategy. In response to a question in Lok Sabha or House of people, the lower house of India’s Parliament, the MeitY said:

“Considering the potential of Blockchain Technology and the need for shared infrastructure for different use cases, an approach paper on National Level Blockchain Framework is being prepared.”

According to the publication, the ministry has proposed a multi-institutional project titled as Distributed Centre of Excellence in Blockchain Technology with The Centre for Development of Advanced Computing (C-DAC). The Institute for Development & Research in Banking Technology (IDRBT) and some other entities will execute this strategy.

Sanjay Dhotre, minister of state for electronics and IT, said:

“Blockchain Technology as one of the important research areas having application potential in different domains such as Governance, Banking and Finance, Cyber Security and so on.”

It is not the only the central government, but also the states, as individual, are working on state-level policy to adopt Blockchain Technology in various governmental activities. Tamil Nadu, 10th largest state of India, was reportedly working on separate policies on Blockchain technology and artificial intelligence (AI) in October. On May 27, the Hindu Business Line reported that the Southern Indian state of Telangana also released a draft blockchain policy initiative, which aimed to establish an ecosystem for blockchain start-ups and research institutes.

While the country is adopting Blockchain technology on national level, the behaviour of Indian government towards cryptocurrencies has always been very hostile. On July 23, 2019, Crypto Economy reported that a government panel proposed a draft bill that asks the government of India not only to put a complete ban on the use of crypto in India, but also to introduce a digital rupee issued by the country’s central bank, the Reserve Bank of India.

As reported on November 21, Binance had acquired the trusted and leading Indian cryptocurrency exchange WazirX in a $5 to $10 million deal.