Although there have recently been problems with the issuance of debit cards for cryptocurrencies, the need to manage these digital assets for use as normal money requires the provision of physical instruments that allow such management. This need is addressed by the people of HashCard, about whom we will talk about here.

The HashCard project is in full ICO, and arises as a response to the existing vacuum in traditional means of handling money, in this case, for cryptocurrencies, which serves the desire of many to enjoy traditional transactional methods.

The HashCard platform guarantees its users that their card can be used anywhere debit or credit cards are accepted. Its operation for purchases in will be similar to conventional cards as well. In every sense the HashCard is like a conventional credit or debit card, but with the exception that the user will spend more than 25 cryptocurrencies with it.

Specifying a little more in practical operation, the HashCard only pay the exact amount required to make each purchase in which it is used, making a conversion of digital currency to fiat currencies instantly. The user will have a cryptographic portfolio in which he will keep his funds in cryptocurrency.

A great achievement highlighted by the developers of the HashCard is the solution of the problems of precise conversions of the amounts between cryptocurrencies and fiduciary currency. The ICO of HashCard seeks to open massively the offer of cards on a global scale.

However, you can not ignore the reality that complicated transactions, slow messages and the digital volatility of digital currencies have made some users do not agree with the acceptance of virtual currencies for their daily transactional use, and that It is perfectly understandable.

Thanks to the conception and development of the HashCard platform, users can now process and transact with digital currencies exactly as they do with conventional fiat currencies. This is the big step that maybe cryptography needed to help break the natural resistance of many people in handling and accepting digital currencies. Facilitating the daily and daily use of digital currencies is essential for its overcrowding. 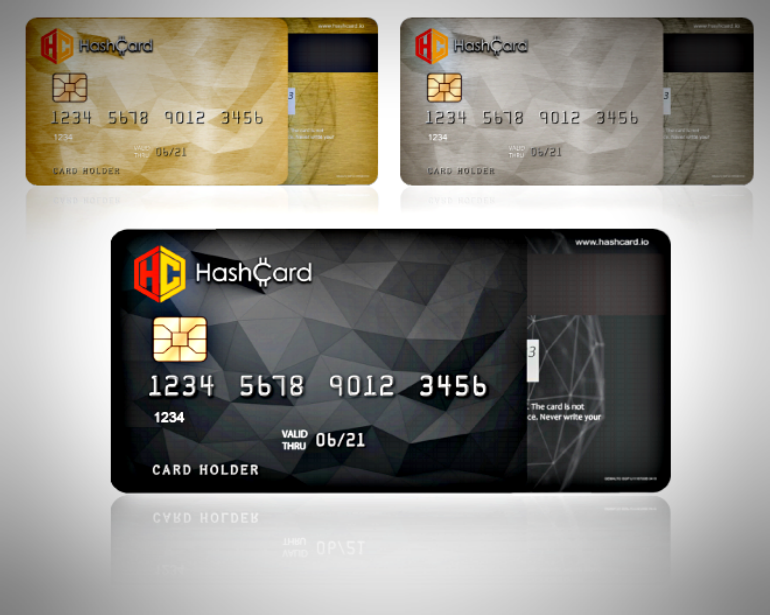 In the own words of the developers:

Another interesting aspect of the HashCard, is that users can convert their cryptocurrency balance on the card to USD and maintain that currency to make transactions, which protects them from the volatility of virtual currencies.

The annual rate of the card is free, provided that the user’s annual expense with said card is greater than $ 1,000 or if the user has more than 10,000 HSHC records for at least six months.

For more technical details, we recommend checking the White Paper of the project, and for news, follow them at their Telegram channel.