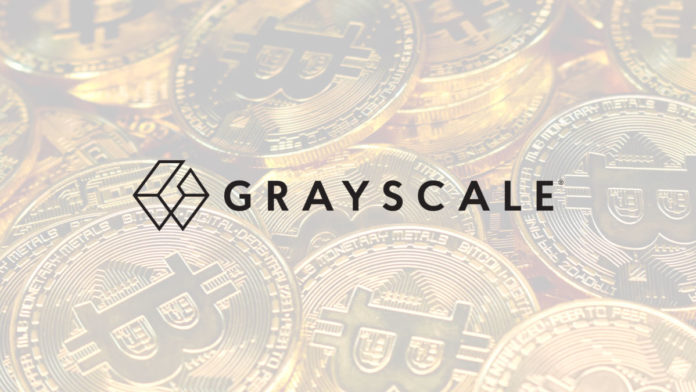 Grayscale had a meeting with the SEC about the Bitcoin ETF fund, and a brief on the meeting is now available for the public to read. A 240-day open review period has been established for Grayscale Bitcoin Trust as part of the filing to convert Grayscale Bitcoin Trust to a Spot Bitcoin ETF. The Securities and Exchange Commission has received more than 4,000 comments in connection with this process, which will be taken into consideration by the regulator.

The Stats Are Promising

In its press release, Grayscale claims to have been collaborating fully with SEC. According to the brief, the company has actively collaborated with the SEC to improve disclosures for the benefit of investors for years. Grayscale’s reporting company products are used by the SEC when they request further information. Grayscale will promptly respond with the additional information, which will then be included in all other SEC filings in order to meet the SEC’s request.

It is worth noting that the most important part of the meeting brief deals with the comments the SEC made about a Bitcoin Spot ETF. The SEC shows discrimination against issuers by approving Bitcoin Futures ETFs while refusing to approve an ETF for Bitcoin Spots.

According to the SEC, the reason why these investment products should be treated differently is that there are distinctions between the ’40 Act and the ’34 Act regarding, in particular, the protection of investors against “fraudulent and manipulative acts and practices. The final distinction Grayscale believes is that there is no difference between ETFs based on futures and those based on options. Furthermore, by approving an ETF based on futures under the ’34 Act, the SEC has been ready to acknowledge that its concerns about the Bitcoin markets, or at least not enough to deny an ETF based on futures, are not legitimate ones.

The Grayscale Group strongly believes in the merits of these arguments and continues to support GBTC’s conversion with the full resources of its firm. There is a deadline of July for the SEC to give its response. Hopefully, the investors’ comments will have an impact on the decision-making process which will be made by the company.

0
A new report by IMF claims that cryptocurrencies are still widely being used by corrupt actors, but it doesn't prove anything new. Recently, the...
Read more
Bitcoin News

0
Michael Sonnenshein, the CEO of GrayScale, posted a threaded tweet about Bitcoin spot ETF and why SEC may be comfortable with this concept. The tweet...
Read more
CryptoNews

0
The US Representative for California, Norma Torres, tweeted about the dangers of El Salvador's government adopting Bitcoin. It comes with a detailed article outlining...
Read more
- Advertisment -
Posting....
We use cookies to ensure that we give you the best experience on our website. If you continue to use this site we will assume that you are happy with it.OkPrivacy policy