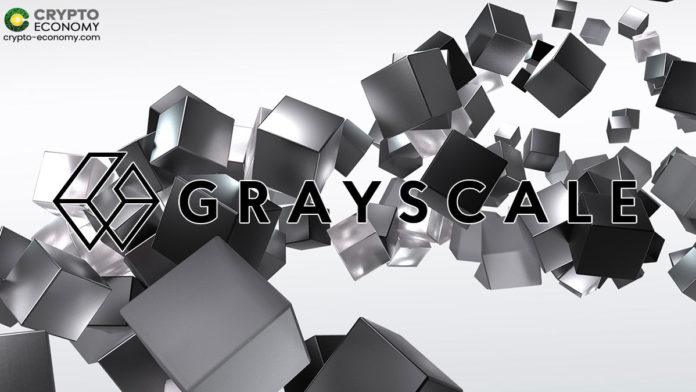 According to a Medium blog post published by Greyscale Investment, the asset management subsidiary of Digital Currency Group, on November 19, the company said that it has filed Form 10 with the US Securities and Exchange Commission (SEC) on the behalf of Greyscale Bitcoin Trust (GBTC) to become first SEC reporting company.

“This is a voluntary filing that, if deemed effective, would designate the Trust as an SEC reporting company and register its shares pursuant to Section 12(g) of the Securities Exchange Act of 1934, as amended (the “Exchange Act”).”

Greyscale further noted that the filing was under the SEC review, However, If the SEC approves the filing, the structure of the Bitcoin Trust would not change, nor would its regulatory classification.

The company clarified that this filing was not meant to register the Bitcoin Trust as exchange traded fund (ETF). According to Greyscale, its product are not ETFs but have a familiar structure to investors because they’re modeled after popular investment products.

Greyscale launched first-ever publicly traded Bitcoin investment product in the US in September of 2013. In 2015, the company got approval from the Financial Industry Regulatory Authority (FINRA) for its Bitcoin Trust to trade publicly under the symbol of GBTC. It was initially launched as a way to give more investors exposure to bitcoin with some barriers to entry eliminated, like the need to protect your own private keys and the purpose of this filing is also same.

In a press release, the company said:

“This filing is the latest step on the road to regulatory maturity for digital currencies. After creating the first FINRA-regulated Bitcoin investment product, Grayscale once again is leading the industry in facilitating responsible regulatory oversight of the asset class.”

The firm further noted that accredited investors would benefit if the filing is approved as they would see a reduction in the statutory holding period for their investment from 12 months to six months, giving them liquidity sooner.

Furthermore, as many institutions block investors to consider trusts that are not regulated with SEC, and now with a regulated and registered trust, Grayscale’s investor audience could widen.

Greyscale is not the only digital currency investment company that Bitcoin Trust. In September, investment management firm VanEck also launched its own Bitcoin trust which was able to sell just 4 bitcoins during the first week of operation.