Home CryptoNews Companies GOEX: On the rise in the leadership of exchanges
CryptoNewsCompaniesFeatured

GOEX: On the rise in the leadership of exchanges 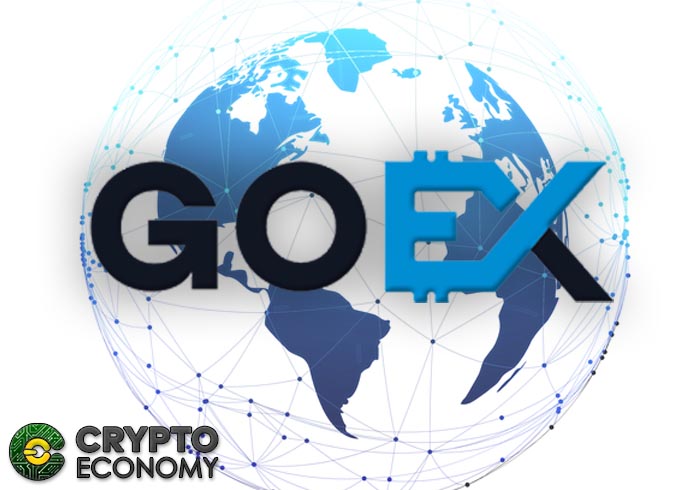 This time we will talk about GOEX and how it is aimed at improving things in the field of exchanges, one of the most pressing needs for the achievement of a massive adoption of cryptography is undoubtedly to easily cover access to the purchase, sale and exchange of cryptocurrencies without hindrance or delays in setting prices, transaction fees, fluctuations , etc.

The atomization of cryptocurrencies, coupled with the constant fluctuation of prices is a matter that can make things difficult in terms of stable handling of cryptocurrencies as a means of mass payment, however if exchanges are more efficient and offer rates and times of viable transactions, this can be overcome.

GOEX is an instant cryptocurrency exchange service with the best dynamic rates that the market has in real time. GOEX also has an interesting advantage and that is that it brings an integrated investment platform, with which its users can become investors.

GOEX offers its users a dynamic rate instead of a fixed rate precisely because of the dynamic nature of the fluctuations of cryptocurrencies. To do this, it takes the threshold values ​​of all the comparative rates it finds at the moment and offers the best. GOEX never stays or keeps in its possession the cryptocurrencies of its users.

The main characteristic that differentiates GOEX from other exchanges is its built-in cryptocurrency investment platform. GOEX understands cryptographic assets as long-term viable assets and offers its users the possibility of investing at moderate rates, which practically guarantees future income.

Interest rates of up to 1.6 percent per day are attractive, in addition to the reinvestment function that increases profitability on a daily basis. These are things that tend to incentivize cryptographic investors.

As a platform it has relatively little time since the end of 2017, despite its enormous success. This speaks very well of the quality and safety that users have found in GOEX.

Among the evolutionary improvements adopted can be mentioned the incorporation of Dash and Ripple to the existing Bitcoin and Ethereum in the platform, the development of an Android application, and the improvement in the speed of transactions.

They also highlight the adoption of access security protocols, as well as the implementation of incentives for their users as their rewards plan, with which it seeks to help popularize the platform. Users must meet certain conditions described in the rewards section of the GOEX website.

GOEX’s vision is to position itself as the most widely used exchange worldwide, and for this they are aware that they must continue to grow and incorporate as many viable cryptocurrencies as possible, which is in their plans, and not only as a possibility of exchange , but add them to the offer of investments for their users.

GOEX also plans to launch its own token, the GOEX, on which it will be informing its users and cryptography enthusiasts through its communication channels. For this we recommend following them at their Telegram channel.

0
PayPal finally decided to expand its services beyond legacy finance as an integration with bitFlyer Europe led to a new payment method. According to...
Read more
Companies