Home Giveth and the scalability of Ethereum
Featured

Giveth and the scalability of Ethereum 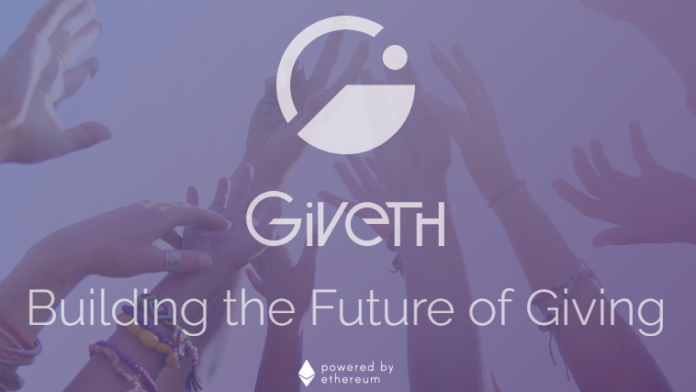 The activity in the cryptocurrency space is very dynamic and vertiginous. Among them the most outstanding in its behavior was and remains without a doubt, Bitcoin, which increased at an extraordinary level in 2017, but right behind it was Ethereum and we will talk about it here.

Despite the pitfalls that Bitcoin faced at the end of 2017 and still facing, and without an effective solution to these problems, Ethereum could take its place as the best decentralized currency, at least as far as utility is concerned. But this is only hypothetical, since the utility goes hand in hand with a viable value for transactions.

The truth is that Ethereum has been rapidly reaping significant growth, expanding its block chain to handle its higher Dapps load and improve the transaction processing capacity that is a real concern for many new companies.

One of those new companies is Giveth, which tries to create a platform in which organizations can receive transparent donations without having to deal with the bureaucratic complications of a common charity, keeping everything available to the public through the blockchain. A fairly simple and highly beneficial idea for society as a whole, however, its product roadmap has had a small drawback. That is, the fees involved in the Ethereum mainnet are starting to be too high. 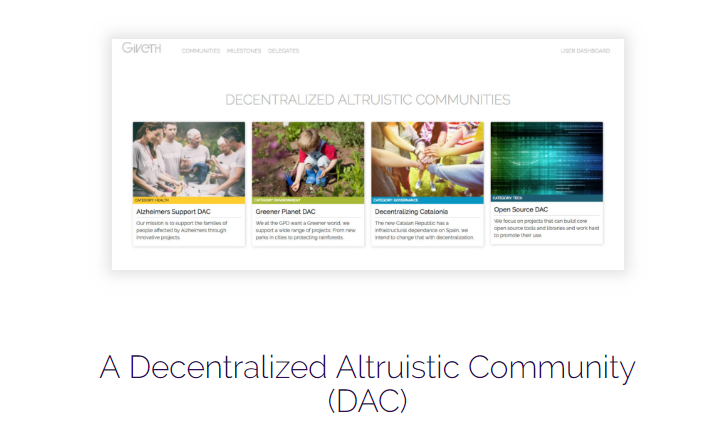 While the core network of Ethereum slowly solves this problem of scalability, companies like Giveth must find temporary solutions. Giveth in conjunction with other startups, such as Aragon, Swarm City and Status, are devising solutions to maintain transparency while avoiding the main Ethereum network. With the help of a bridge between the Rinkeby testnet and the Ethereum main chain, created specifically for Giveth.

How does Giveth work?

Once the donation is confirmed in Ethereum’s main network, two corresponding reactions occur in the Rinkeby test network.

1) The corresponding amount of Giveth tokens represents a rate of 1:1 of the Ether donation value and is minted in Rinkeby network.

2) A Commitment is generated in the DAC, Campaign or Milestone in the Rinkeby test network with the owner established in the donor’s address and the tokens issued as the value of the donation.

The Giveth tokens will move in this network instead of the main chain, which helps to deal with the tariffs. With this, Giveth intends to use a public authority test side chain linked to the Ethereum main chain.

The test networks will be used for most of the work, so they can guarantee that prices remain low on the one hand, and then use the main network for general verification, resulting in much cheaper transactions.

With all this advanced, and once it is ready it will be quite easy to introduce a fork or a side chain. To big troubles, big solutions.