How to get B2X on the SegWit2x Hard Fork in November 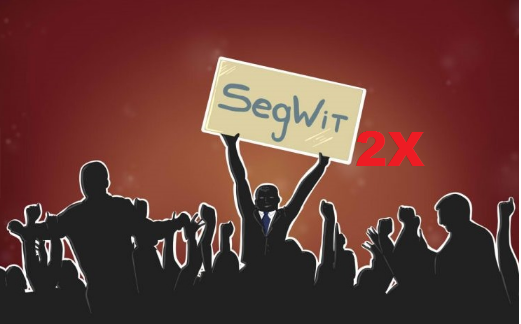 There are two bitcoins in conflict, one with the BTC nickname and the other with the name B2X, this guide details how to safely split your coins in case of a hard fork in November.

The SegWit2x hard fork is expected to occur in mid-November 2017. Holders should not perform any bitcoin transactions around the time of the SegWit2x fork and wait until the “storm” has passed. Here are some ways you can prepare for division.

Bitcoin’s major exchange and purse platforms, including Coinbase and Bitfinex, announced plans to implement support for SegWit2x in November. Coinbase and Bitfinex will list SegWit2x as B2X, and the nickname “BTC” will be used for the original Bitcoin blockchain. With the SegWit2x hard fork in November, users of most major Bitcoin exchanges and portfolios such as Coinbase, GDAX, Bitfinex and Blockchain will receive the B2X credit. 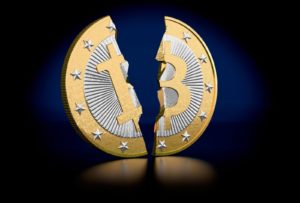 The SegWit2x hard fork is fundamentally different from that of Bitcoin Cash. Last month, companies like Coinbase and Blockchain received significant amounts of complaints from users requesting support for BCH. As a result, both Coinbase and Blockchain announced their plans to include Bitcoin Cash. But the criticisms did not take long to emerge because the support that these wallets offer will hardly appear 100% operational from January 2018, which is understandably unacceptable.

Since SegWit2x was proposed as a supposed “upgrade” the Bitcoin protocol support hash majority often, companies do not have the freedom and flexibility to integrate support SegWit2x months after the fork hard to occur in November.

Therefore, users should expect that all major Bitcoin exchange and wallet platforms in most regions will be compatible with SegWit2x. So far, the following companies have announced support for SegWit2x; Coinbase, Bitfinex, Blockchain, Xapo, Korbit, Coins.ph, BTCC, BTC.com and BitFlyer.

Bitcoin companies that did not sign NYA cannot run the software. But companies that had not previously signed the New York Agreement (or SegWit2x) may refrain from running the software. The notable companies that are not required to run Segwit2x are BlockStream, Chaincode Labs, BitGo, Poloniex, BitStamp, Bithumb, Kraken and Gemini. As they have not signed the agreement, they are not obliged to follow it.

Therefore for Bitcoin exchange users, it would be the most practical and safe to confirm whether the exchange will deploy SegWit2x support in November so they can access their B2X at a later date. Alternatively, users can simply move their funds to Bitcoin wallets that plan to support SegWit2x in November as Blockchain.info.

In the days prior to hard fork it is suggested not to perform any bitcoin transaction, as it is not clear how the portfolios will handle the reproduction protection in the chain. It may happen that if you send bitcoins during or just after the hard fork, there is a risk that you will end up sending a transaction in the Bitcoin chain and that it will also be transmitted in the B2X chain. These are very busy days for bitcoin.