General Fall of the Crypto Market, What Happened? 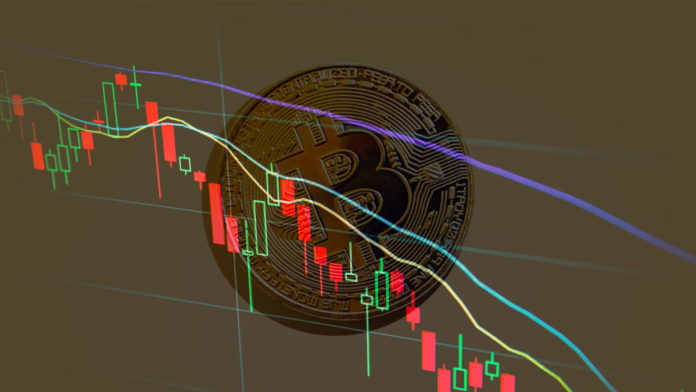 The cryptocurrency market had a series of liquidations following Bitcoin’s dip below $39,000 and slid below the trend line support, which worked as a bottom for the first cryptocurrency for around 80 days.

As the chart of the first cryptocurrency indicates, traders were unable to sustain the previously established support level, which resulted in a decline below $39,000 in the price. Bitcoin had already fallen below the support level in the past, but merely as a candle’s shadow, which is not typically regarded a breach of the support level.

Having spent the previous few days consolidating above the $40,000 threshold, bitcoin has now fallen below that level, setting a new monthly low. The cryptocurrencies are also in the red today, with ETH plunging below $3,000 and even more significant price drops from Ripple, Solana, Cardano, Terra, and Polkadot, among others.

There is no fundamental or any other specific reason for the decline, which may have prompted traders to sell their holdings at the time of the announcement. However, we should draw attention to the anomalous tendencies that were observed during the previous week, when traders were actively shifting liquidity away from exchanges.

Following last week’s increased volatility, during which bitcoin slid from $45,000 to approximately $40,000, the asset has regained its previous level of stability. Bitcoin (BTC) was trading slightly above $40,000 and even attempted to reach $41,000 yesterday but failed.

The bears, on the other hand, came out to play and pushed it south of the border. A consequence of this was that bitcoin fell below $40,000 for the second time in 10 days, and its value continued to decline.

This time, Bitcoin dropped below $38,600, marking the asset’s lowest price point since March 16, 2016. Although it is currently trading a few hundred dollars higher, its market value has fallen to below $750 billion as of this writing.

Some sources claim a lot of Bitcoin was transferred from exchanges in the last seven days. Due to an increase in the amount of liquidity exiting trading platforms, the appearance of considerable selling pressure resulted in more significant price movements.

Other cryptocurrencies, such as Ethereum, are also experiencing a shortage of coins in exchanges. As a result of the constant burning of Ether and the number of coins removed from the liquidity pool, it is possible that there may be liquidity concerns in the future, followed by a sudden increase in the supply of Ether.