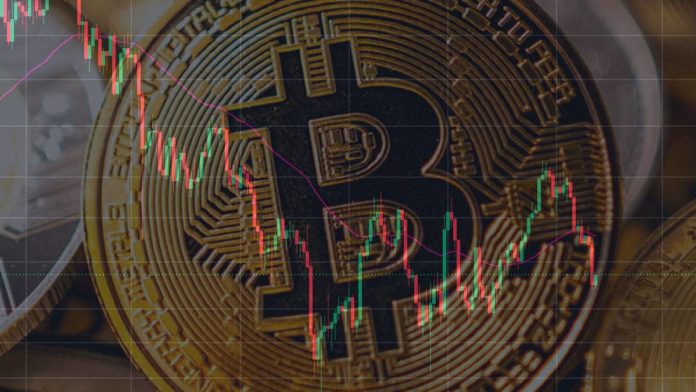 Having fallen below $40,000 for the first time in nearly a month over many days, bitcoin made another severe tumble yesterday. BTC is currently being traded at $40.1K. The majority of cryptocurrencies were also in the red yesterday and slightly recovering, with ETH trading at about $3,000, BNB about $400, and Cardano falling below $1 per coin.

A week ago, Bitcoin was unable to surpass the $47,000 level, and the bears took advantage of the situation to retake almost entire control over the market. They decreased the value of the principal cryptocurrency from $45,000 to $43,000 throughout the following few days.

Has the bull market come to an end?

But that was not the end, as Bitcoin’s price plummeted. While that was a troubling retracement in and of itself, the situation deteriorated significantly over the next several hours.

The asset’s value continued to plummet until it eventually settled at roughly $40,000, which it promptly lost. Bitcoin’s price dropped to $39,200, marking the cryptocurrency’s lowest point in nearly a month of trading.

Since then, Bitcoin has recovered and gained almost $1,000. Therefore, it is now just above the coveted $40,000 barrier, but its market value has dropped significantly.

Most coins experienced significant retracements yesterday, and the current scenario is extremely precarious.

Ethereum fell below $3,000 for the first time in three weeks, marking a new low. Even though the second-largest cryptocurrency is currently above that particular mark, it is still down more than 4 percent daily.

Binance Coin had fallen below $400 at one point, but it has since recovered and is presently trading above $400. Ripple, Terra, Avalanche, Polkadot, Dogecoin, and Shiba Inu have been down by as much as 6 percent in the past week. Cardano is in the same boat, as its value has fallen below $1.

Compared to the higher-cap altcoins, the lower- and mid-cap altcoins are nearly comparable, and the entire market capitalization has dropped by another $70 billion since yesterday. $300 billion has vanished from the metric’s value in little than a week.

The value of stocks and bonds decreased due to these remarks, with which Bitcoin has had a strong link in recent months.

The recent drop in the price of Bitcoin and many other coins can show another bear market period for cryptocurrencies. Although many think it can be a correction and is needed in bull trends, many others think the winter will be long enough. Bit April was often a green month for cryptocurrencies, and this month is showing a different trend. Maybe the market can recover in the coming months, but the correlation with other markets and the overall crisis in financial markets is still worrying.

0
Ethereum prices are trending lower at spot rates, looking at the development in the daily chart. Even though traders are generally upbeat, expecting more gains...
Read more
Price Analysis

0
Cardano prices are still within a tight horizontal consolidation at spot rates. The coin is stable in the past 24 hours, adding three percent but...
Read more
Price Analysis

0
Bitcoin prices are stable at spot rates and wavy at around $30k, much to the disappointment of bulls. Even though there are hints of strength...
Read more
Price Analysis

0
Ethereum prices are stable when writing. However, performance remains underwhelming, if not dismal, considering the general expectations amongst traders. At spot rates, ETH is up...
Read more
Price Analysis

0
BNB is still in the top-5 with more than twice the market cap of XRP, the sixth most valuable cryptocurrency. As per the arrangement in...
Read more
Price Analysis

0
Bitcoin has had it rough in the past few trading days, reading from the performance in the daily chart. Even though the coin could...
Read more
- Advertisment -
Posting....