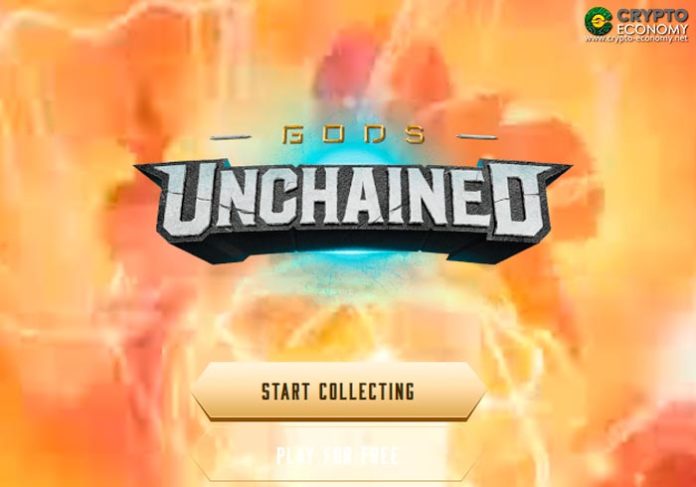 The success of CryptoKitties in the blockchain space seems to be rubbing off the shoulders of other game developers well. Now Fuel Games developers are set to transfer ownership of cards sourced from Gods Unchained game and make them available for trading on Ethereum platform. This will mean players can sell or buy the cards to other players.

Previous the cards from Gods Unchained game were physical, and players were able to buy the cards, but the cards didn’t belong to them. The cards were licensed to the game company, but players had the liberty to sell the physical cards to each other.

However, through blockchain technology, the gaming cards, together with other upgrades, skins, and other items, will now become personal property. The latter will be minted on the Ethereum blockchain platform, and players can purchase them. Minting transfers ownership from developing firms to players. All the above has been made possible through Fuel Game developing firm launching their beta version platform.

With the cards belonging to players, they can trade them with each other and get ETH in exchange for their cards. To purchase the cards, players can do so via an exchange or buy it directly from another player. Trading is possible through digital wallets, and ownership is verifiable through a cryptographic key.

With the presale already underway, the beta version churned out 380 unique cards under its limited edition dubbed Genesis Set. However, Genesis Set will come to an end when the beta closes down, and version1 of the game goes live. In July, developers will be busy monitoring the card’s performance together with measure the card’s fairness in various deck combinations. The latter will ensure the game remains competitive, fun, and balanced. From balancing, developers will head to solidify the card stat and activate peer to peer functions.

Although God Unchained is only available on Mac and Windows computers, developers are working to make the game available on Android, iOS, tablets, and also on VA. The game is free, but for those who join Gods Unchained, they have to purchase cards and booster packs. During the presale, the booster packs will be going for 0.12 ETH, which is $3.70 each.