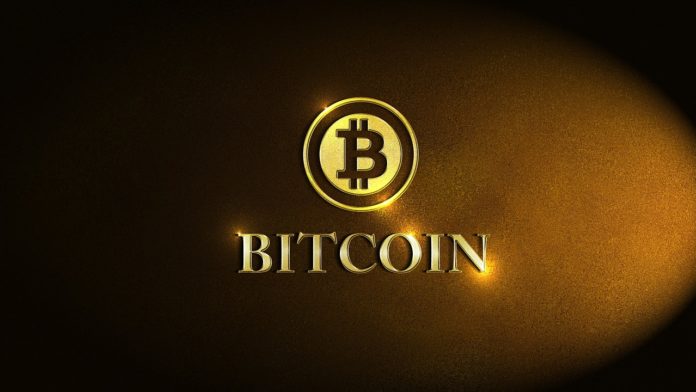 John Haar, a former asset manager at Goldman Sachs, claimed that “Bitcoin’s multifaceted nature” makes it difficult for people in traditional finance to lay hold of the cryptocurrency. He believes the proverbial “Bitcoin rabbit hole” is practically bottomless leading an endless trail of knowledge regarding digital assets.

Have you ever wondered why so many people in legacy finance don't get Bitcoin (and sound money)?

After a 13-year career at Goldman Sachs I have many experiences on this topic and I’ve tried to offer some insights in a new piece.

Hope you find it thought-provoking! pic.twitter.com/FGdMPwvNq4

Why is understanding Bitcoin Difficult?

According to Haar, people in “legacy finance”, misconceive the primary principals of Bitcoin as the concept of sound money is lost to them in general leading to negative opinions about the digital asset. Haar declared “Bitcoin is sound money” and therefore there is little support for it in legacy finance, where the principles of sound money are largely unknown.

He emphasized that it takes an “understanding of various disciplines” to grasp Bitcoin. This includes several topics including economics, monetary theory, investor psychology, computer science and cryptography among many others. Haar added,

“It is rare for anyone to be well-versed in most of these areas, let alone all of them. This helps explain why it’s uncommon for someone to hear about Bitcoin for the first time and immediately grasp the immense significance.”

Haar believes that leading universities and colleges do not do justice while teaching about the basic concepts about money. He noted that no teacher, textbook, nor other part of any curriculum covered the fundamental questions such as “what is money?” or “why did gold become money?”. Once the student reaches employment in traditional finance, there is certainly no discussion of these topics anymore. And in this process the basic understanding of “sound money” is lost. Haar asserted,

“The key point is that there is no discussion of money’s characteristics at the university level, nor in legacy finance.”

The ex Goldman Sachs exec suggested that people in traditional finance are generally not supportive of Bitcoin because the principles of sound money are not understood. He noted that negativity from Wall Street is a result of six different reasons stemming from a lack of research on Bitcoin and an understanding of history. Haar claimed that people in legacy finance do not understand the history or fundamentals of money.

The confounding nature of Bitcoin stems from conditioning through governmental central planning, people generally following the consensus, only thinking about its application in developed countries, and a desire to maintain the status quo. Haar said that many people in developed countries feel that demonetization, persistent inflation, capital controls, and confiscation are rare. But when the entirety of the globe is taken into account, these things are anything but rare. He further explained,

“This is why someone from Argentina, Turkey, Lebanon, Venezuela, or Nigeria (just to name a few) are able to much more quickly understand Bitcoin’s value proposition compared to a high performing consensus follower living in a Western developed country and employed in the finance industry.”

What is Preventing Traditional Finance to Adopt New Technology?

The mangaging director alleged that people in traditional finance want to keep the current system going and would never admit that they dislike Bitcoin because it means fewer clients and less capital needing to be invested by their company. Haar argued,

“People who work at an investment firm or investment bank and understand this have no financial incentive to do or say anything positive about Bitcoin as long as they still work in legacy finance.”

Haar wrote that “there is nothing inherently bad about these things,” but notes that these behaviors prevent people in legacy finance from becoming independent thinkers and early adopters of new technology. He said,

“Another thing to consider about legacy finance is that it is highly specialized. Specialization is not a bad thing on its own, but it can lead to a lack of understanding of the fundamentals of a system, because participants are focused only on their own specific task.”

The report also states that over the course of years these views are changing. Legacy finance has drastically changed their tune on Bitcoin over time, without recognizing the clear trend here. Bitcoin is becoming a more established asset with real uses throughout society.

However thare is neither awareness nor admission of this in legacy finance. Haar asserted that perhaps it is not “surprising that legacy finance is largely against Bitcoin”. He concluded,

“I can say that if there are people in legacy finance who have a well-researched stance on why Bitcoin is not a good form of money or why Bitcoin will not succeed, I was not able to find them.”

0
Ripple is one of the top performers. XRP is up 60 percent in roughly four weeks, outperforming Bitcoin and Ethereum.
Read more
Companies