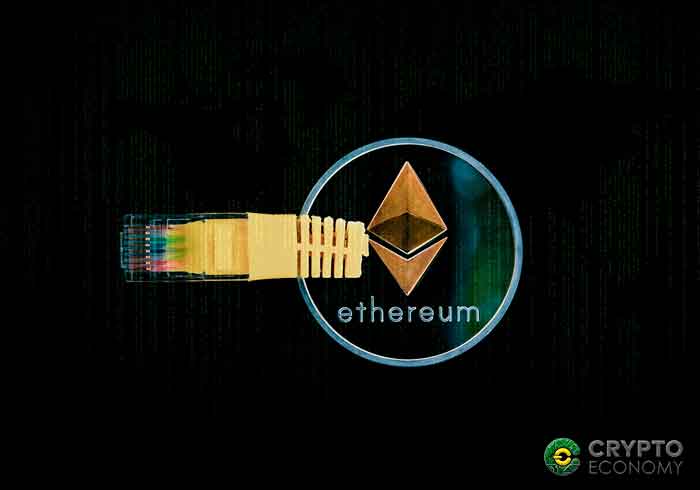 Despite the harrowing bear market for 2018 that saw the price of Ethereum fall by more than 90% while akin to several other cryptocurrencies, the on-chain ether transactions have been on the rise, albeit with intermittent troughs. Ignoring the on chain transactions following the 2016 DAO attack on the Ethereum blockchain, last month (December 2018) saw the largest ever on-chain transaction valued at $115 million worth of transactions.

This is according to this week’s Diar market report that was released on 21st January 2018. Further, the report stated that the transaction count fell close to half by the end of the year last year as compared to the beginning of the year when the Ethereum price was at its all-time high.

Looking at the total yearly dollar value of the transaction last year, about $815 million of ether transactions were recorded as compared to 2017 figures which were $1.1 billion, a marked 25.9% reduction. It is expected following the protracted bear market of 2018. In terms of transaction counts, the Ethereum transactions stabilized in the final quarter of the year last year averaging between 16-17 million monthly transactions for the final three months. Further project into the month of January 2019, according to Diar, is that so far standing at 15 million transactions.

Ethereum blockchain has some of the lowest on-chain fees for transactions. Diar states that fees will unlikely have any effect on the growth of the Ethereum network. Even though the Ethereum network has some of the lowest fees, a proposed hard fork was set to reduce these fees further. The hard fork, which was scheduled to activate last week, was pushed further towards the end of February following the discovery of a security vulnerability in the code that would allow for a reentrancy attack.

The Diar report also reported that the number of unique Ethereum addresses are back on the rise. January 2018 saw the largest number ever since the launching of the blockchain these addresses reduced greatly through to August 2018 after which they have been on an uptrend.