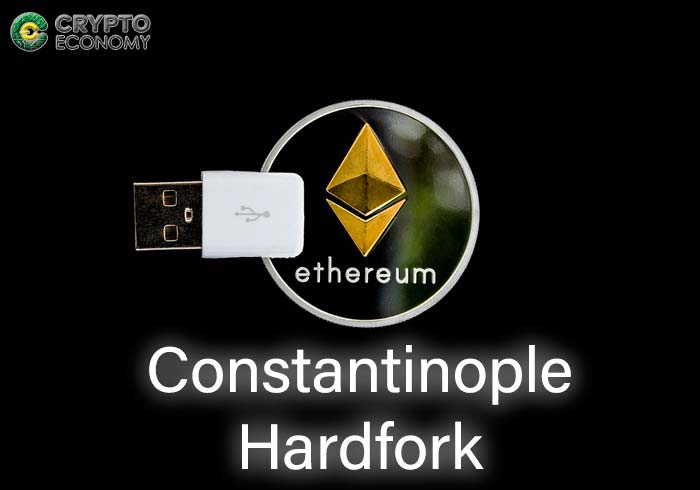 The Ethereum Community is way ahead of time with anticipations for the long waited Ethereum Constantinople Hardfork. The Hardfork is expected to ship 5 Ethereum Improvement Proposals (EIPs) to help prepare the coin for the transition from Proof-of-work (PoW) to Proof-of-Stake (PoS).

Estimated around the 16th of January this year, the Hardfork highlights aspects such as lower gas fees, reduced mining rewards and optimal smart contract execution.

EIP 145 –Basically involves bitwise shifting as a more efficient method of processing information. The upgrade aims to provide native bitwise shifting with costs that are par with arithmetic operations.

EIP 1014 –This upgrade aims to provide a better scaling solution base on off-chain transactions. This means that, it allows interactions to be made with addresses that are not yet available on-chain but can be relied on. The upgrade is important for state-channel use cases that involve counterfactual interactions with contracts.

EIP 1052 –Also known as EXTCODEHASH opcode, involves optimization of large scale code executions for smart contracts. Most contracts need to perform checks on a contract’s bytecode, although they do not need the bytecode itself. The EIP 1052 comes in handy at this point since it specifies a new opcode which returns the keccak256 hash of a contract’s code.

EIP 1234 –Due to the acceleration of the difficulty bomb or ‘’Ice Age’’ as it is known by others, the average block times are also increasing. This upgrade reduces block mining rewards by delaying the difficult bomb for approximately 12 months.

EIP 1283 -This EIP reduces excessive gas costs where it doesn’t match how most implementation works. It also enables new usages for contract storage. In simple terms, it makes it cheaper, since less gas is needed to carry out certain on-chain operations that are very expensive.

It is important to note that although this new improvements will also come in with a new blockchain, users’ Ethereum (ETH) will exist simultaneously on both the new and the old Ethereum blockchain. All of the exchange platforms and node providers involved will update their nodes after the Hardfork so users will use the updated nodes without even noticing the change.