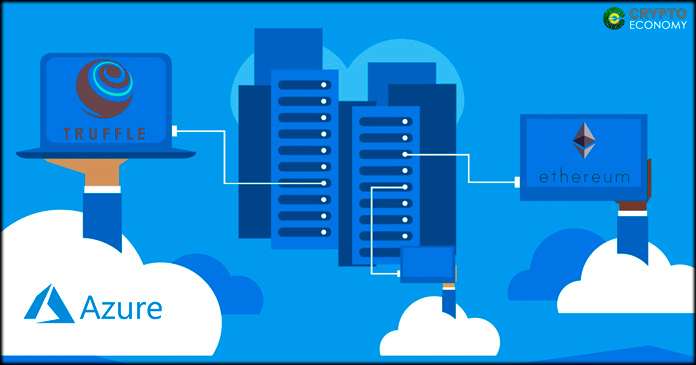 ConsenSys affiliated blockchain startup Truffle revealed on Friday, June 7th a partnership with tech giant Microsoft that will allow Microsoft to integrate the startup’s Ethereum-focused developers’ tool into its Azure Cloud computing suite. ConsenSys is an Ethereum-focused development studio founded by Ethereum co-creator Joseph Lubin. Truffle was one of the first projects incubated by the Brooklyn-based studio and was initially developing tools to help Ethereum developers create decentralized applications for the ecosystem. The project was, however, spun off from ConsenSys earlier this year to focus on developing tools specifically to help developers create enterprise level applications on the Ethereum ecosystem. ConsenSys awarded the team $3 million to be put towards achieving this goal.

According to a report by Forbes, the Truffle tools have been available on the Microsoft Azure cloud suite since May 2nd and have already been used by thousands of people on the platform. Microsoft created an extension to its popular Visual Studio code that offers developers an integrated development environment (IDE) with integrations for the Truffle Tools and Azure services. A press release reads:

Tim Coulter, Truffle’s CEO and Founder spoke on the direction that the startup took during the formative years in pursuing the enterprise clients and helping most of these integrate blockchain into their operational processes. He said that:

Early on it was very clear Ethereum developers needed professional, modern development tools. With the enterprise’s growing adoption of blockchain technology, Truffle recognizes the importance of this opportunity to bring our blockchain-native experience to enterprise developers across the world through our partnership with Microsoft.

Microsoft has in the recent past been in the news for supporting or outright integrating Ethereum-based solutions into its suite of enterprise-grade solutions such as the Azure Cloud services. Marc Mercuri, the principal program manager at Azure Blockchain Engineering stated that the company is actually sold on the potential of blockchain and will be developing tools to support the growth of the blockchain industry. He said that:

We really believe in the power of blockchain. This is not some arbitrary thing that we’re going to do because customers are forcing us.

Truffle has already integrated with Quorum, a permissioned enterprise-grade version of the Ethereum blockchain that is popularly used by JP Morgan in its JPM Coin stablecoin cryptocurrency.