Ethereum [ETH]: ProgPoW team admits having worked together with Nvidia and AMD 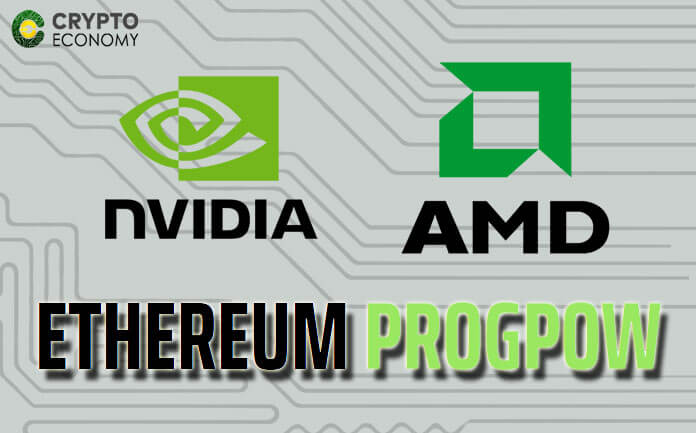 The Programmatic Proof of Work (ProgPoW) team has effectively admitted they’re working with both Nvidia and AMD. However, they do not say what the Ethereum Foundation has to say concerning the issue.

According to someone called IfDefElse;

“We were lucky enough to have an email review that included engineers from the Ethereum Foundation, Ethereum Core Devs, Nvidia and AMD. The Nvidia and AMD engineers gave the algorithm a generally positive review.”

The Ethereum Core Devs are not specified and neither is their response. AMD on the other hand, are said to have responded addressing two main concerns;

An AMD engineer agreed to this saying that although it is possible to create an ASIC for ProgPoW, one would require ‘GPU-specific knowledge’. While on the other hand, an Ethereum mining hardware called Linzhi, say that they are capable of accelerating ProgPoW by 3 to 8 times.-This is disputed by the only known person from the ProgPoW team, Kristy-Leigh Menehan.

The New ASICS Development By Linzhi

The ProgPoW team say that the current Ethereum ASICs are just two times more efficient that GPUs. This is to mean that one would need two GPUs for one ASIC. Linzhi is currently developing Ethash, a new ASICS for the current Ethereum PoW algorithm that will provide a small efficiency gain of about 2x or a maximum of 4x according to the ProgPoW team.

Ethash is the PoW function in Ethereum-based blockchain currencies. Currently Ethash is used by Ethereum as a memory-hard PoW algorithm that runs reasonably well on commodity GPUs. If the algorithm is changed, the exercise will become totally futile. This is because, with the process taking five months under optimistic estimates, it poses the question of whether there won’t be a ProgPoW ASICs to await deployment.

0
Ethereum has continued to hit new milestones this bulls season. In yet another positive news for the ecosystem, over 3 million ETH has been...
Read more
- Advertisment -