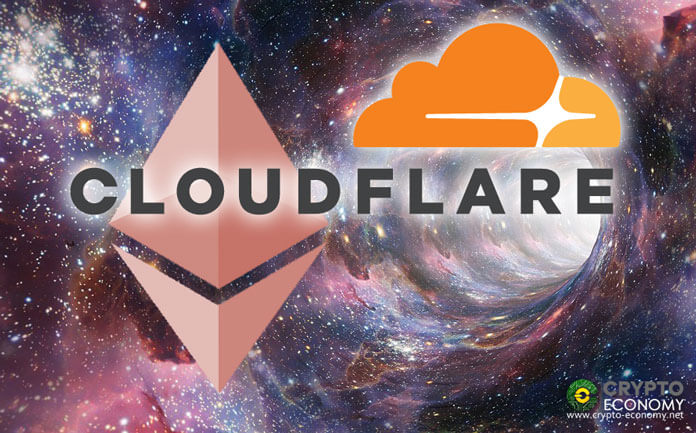 Cloudflare, the web server security service company has announced the launch of an Ethereum gateway that will allow Ethereum users to “interact with the Ethereum network without installing any additional software.”

The Ethereum gateway is an addition to its present toolset of gateways that also includes an Interplanetary File System (IPFS) that it launched in September 2018. Both toolsets add to the company’s overall goal to decentralize the internet and usher in the next phase of the World Wide Web dubbed Web 3.0. The announcement comes as part of the new features and developments that are being launched during Cloudflare’s Crypto Week 2019 which is currently ongoing.

As a primer, the Ethereum network is an ecosystem that allows users to run smart contracts on the Ethereum Virtual Machine. So far, to test smart contracts, developers are required to download the Ethereum blockchain to their devices, which so far, will take thousands of gigabytes of space. In addition, several other factors have to be considered including the strength of the devices running the Ethereum blockchain and the software used to interact with the network. The resource-demanding nature of this exercise has caused several users to consider alternative options on which to run their smart contracts and also interacting with the network in other ways.

However, the entry of the Cloudflare solution will help in the decentralization of the network by offering another gateway.

“We’re excited that Cloudflare is bringing their infrastructure expertise to the Ethereum ecosystem,” said E.G. Galano, Infura’s co-founder. “Infura has always believed in the importance of standardized, open APIs and compatibility between gateway providers, so we look forward to collaborating with their team to build a better-distributed web.”

The efforts of Cloudflare were also lauded by the Ethereum Foundation’s Head of Special Projects Dr. Virgil Griffith who said in a statement that,

“Cloudflare’s Ethereum Gateway increases the options for thin-client applications as well as decentralization of the Ethereum ecosystem, and I can’t think of a better person to do this work than Cloudflare. Allowing access through a user’s custom hostname is a particularly nice touch. Bravo.”