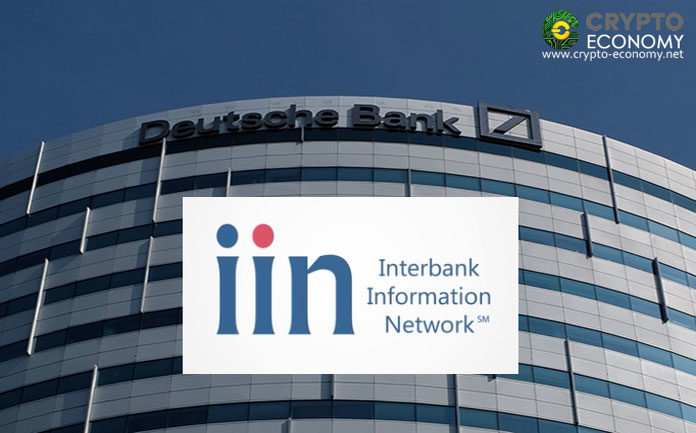 Most banks, similar to notable Bitcoin critic JP Morgan are now subscribing to the ‘Blockchain, not Bitcoin’ narrative in which they are seeking to integrate the innovative technology to their business solutions while avoiding the bitcoin network.

JP Morgan, whose CEO is considered among the most critical of the flagship network has rolled out a blockchain-based private version of the leading altcoin network Ethereum dubbed the Interbank Information Network (IIN). The network runs atop the Quorum blockchain which is also based on the public Ethereum network. JP Morgan has already signed up about 320 banks to the network, which will use it to share global payments data and in the process making their business processes more efficient.

JP Morgan has managed to bring onboard the Deutsche Bank, the largest financial institution in Germany and among the 20 largest in the world to the IIN.

“Having Deutsche join — and hopefully Deutsche will be the first of several other large banks — is going to help us drive towards ubiquity and ubiquity is a pre-requisite for the success of the network,” Takis Georgakopoulos, the head of payments at JP Morgan.

Deutsche Bank’s global head of cash management Ole Matthiessen said that the IIN will help the bank to provide better services to its clients while reducing the cost of processing large cross border payments.

Georgakopoulos also revealed that JP Morgan is seeking to recruit in excess of 400 other financial institutions to the IIN before the end of this year. This means that they are aiming to bring on board about 80 banks over the coming quarter. This is a relatively ambitious plan considering that since its launch in 2017, the bank has on-boarded an average of about 15 banks every month.

The addition of the Deutsche Bank to the IIN continues the trend of financial institutions seeking to utilize the blockchain technology in offering their services. This past week, on Thursday, saw Spanish banking giant Banco Santander issue and settle a $20 million bond on the same Ethereum blockchain. Similarly, earlier this year, the World Bank and French lender Societe Generale both issued bonds on the Ethereum blockchain, albeit on a private version similar to JP Morgan’s Quorum.

0
The CEO of Galaxy Digital, Mike Novogratz has recently said that he is expecting Bitcoin to stay in the current tight price range. According...
Read more
Companies

0
Fox Business reported that the US economy had entered a technical recession after growth dropped 0.9% in the second quarter, according to a report...
Read more
Bitcoin News