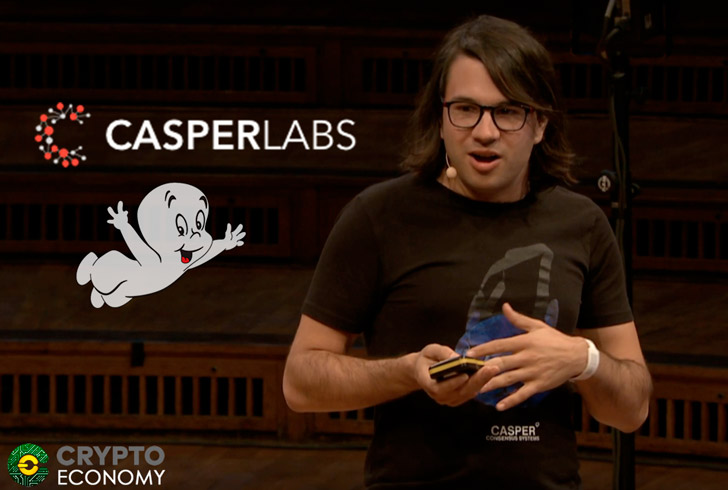 Vlad Zamfir, a core developer with the Ethereum blockchain has secured a role as the ‘Lead Consensus Protocol Architect’ with CasperLabs due to his work on the Ethereum network trying to build the CBC Casper Protocol. Casper protocol is an algorithm that is to be included in a forthcoming hard fork dubbed Serenity or Ethereum 2.0 and alongside sharding technology should be able to help Ethereum with its scalability challenges. Serenity update should be able to mark the complete migration of Ethereum from its present Proof of Work consensus mechanism to the more efficient Proof of Stake.

Zamfir has been the lead developer on the CBC Casper protocol whose work is yet to be concluded. His work with CasperLabs could is a direct conflict of interest since CasperLabs can be considered as a competitor to Ethereum blockchain. CasperLabs is a Research & Development organization funded by ADAPtive Holdings Ltd., which seeks to develop the CBC Protocol with the help of Zamfir.

In a press release published on the CasperLabs blog on Friday February 22nd, Zamfir says:

I’m excited that CasperLabs has taken an interest in implementing a scalable blockchain protocol from the CBC Casper family of protocols, and hope that their efforts are both independently successful and put pressure on other projects (like Ethereum) to adopt the technology.

His role in the Ethereum Foundation will remain paid as well as his new role with CasperLabs. Assumedly so both roles should require huge amounts of his time and the Ethereum community are not comfortable with the position that Zamfir has taken. Accusing him of conflict of interest, Zamfir was quick to acknowledge this fact but did not waste his time trying to justify it. In a statement on Friday evening, he said: “I have many conflicts of interest.”

Reeling from an extremely tough week after one of Ethereum’s core developers quit from his role as an Ethereum contributor, the community may not be in the mood to roast another developer hardly a week later. Afri Shoedon, a release manager with Parity Technologies and the former Constantinople hard fork coordinator suffered what is considered as an ‘online harassment campaign’ for some contentious tweets he posted to his social media page.

In an open letter by the Ethereum community, several core members took to rebuking the culture of harassing other members and passed the message of civility. The reaction to the Zamfir news could have tampered following this week’s efforts to calm the community and engage in civil discussion on the Ethereum forums.

0
Ethereum prices are down five percent on the last trading day, pulling back from a critical resistance line as per the formation in the...
Read more
Price Analysis

0
Polygon prices are up 212 percent from 2022 lows, expanding with decent participation levels and spearheading the general recovery in the crypto markets. Currently, the...
Read more
Opinion

0
Dubai is ramping up its efforts to become the new crypto capital of the world as the biggest names in the industry have set up...
Read more
Price Analysis

0
Ethereum prices are firm when writing, steadying on the last trading day but up 13 percent week-to-date versus the USDT. Technically, buyers have the...
Read more
- Advertisment -
Posting....