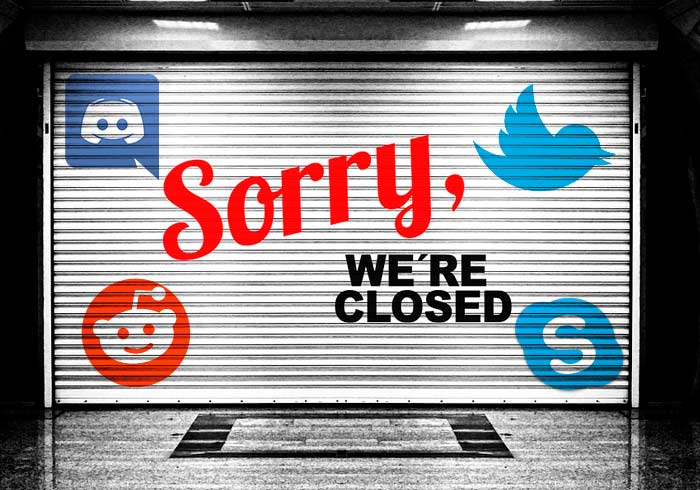 Ethereum core developer Afri Shoedon has been forced to quit his social media presence in all the major platforms including Twitter and Reddit. Owing to controversial opinions that he expressed on Twitter a few days ago, the Ethereum community took to criticizing him and claimed that he represented a conflict of interest in some of the projects in which his company Parity was involved.

Following some scathing comments and negative criticisms, he announced on Twitter on Sunday, February 17th that he will “no longer respond on Gitter, Skype, Discord, Slack, Wire, Twitter, and Reddit.”

Afri Shoedon is the release manager at Parity development studio focused on developing Ethereum mining client Parity and other Ethereum dApps. He is also the coordinator of the upcoming Constantinople hard fork slated to roll out towards the end of the month. He has been a contributor to the Ethereum network since September 2017 according to his GitHub profile page.

On Thursday, February 14th, Shoedon made some contentious comments on his Twitter page that related to the Polkadot project that Parity was involved in, making comparisons that some considered negative towards the Ethereum blockchain.

He wrote, “Polkadot delivers what Serenity ought to be.” Serenity is the upcoming Ethereum 2.0 implementation with the notable difference of using the Proof of Stake (PoS) consensus mechanism as opposed to the current Proof of Work (PoW). In addition, Serenity incorporates several proposed features that should theoretically make it much more scalable and robust than the current implementation.

To some community members, this statement sounded more like a vote of no confidence against the project they hold so dear from a core member of the community. Owing to the fact that his company Parity is involved in supporting both projects, it seemed that Shoedon was involved in a conflict of interest and his opinions are biased which led some to attack him on this front.

Hudson Jameson, another influential and core developer within the Ethereum community, who is also the community relations manager for the Ethereum Foundation came to Shoedon’s aid and wrote on Twitter:

“I’m so angry and disappointed in the Ethereum community. You ran out one of our best contributors for the dumbest reasons. More people should have spoken up in support and there needs to be less vitriol.”

Shoedon has deleted all his tweets from Twitter but two, the most recently announcing his acquittal from the social media space and another instructing the community where to direct their comments about development.

“If you want to contribute to the Görli testnet, please reach out to @ChainSafeth and @ETHBerlin. If you want to work on the roadmap and hardfork coordination, reach out to the @EthCatHerders. If you have general technical questions, please raise them on @StackEthereum.”