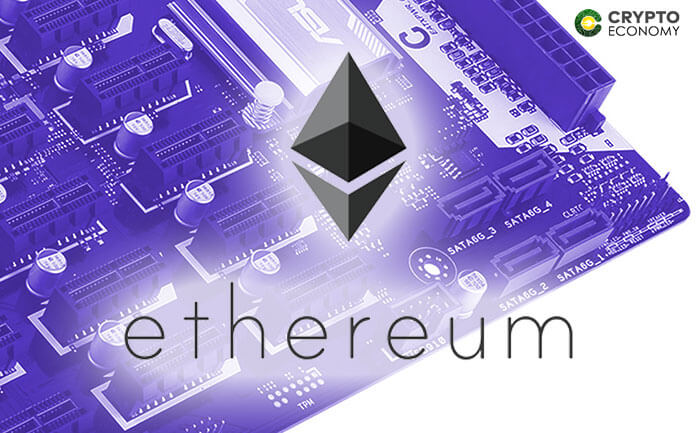 Ethereum network hash rate has been falling ever since its all-time high of 296 Terahashes per second (TH/s) it achieved back in August this year. According to Etherscan, the hash rate stands at close to 235 TH/s representing a more than 20% decline from the all-time high.

Before reaching its August highs, the hash rate was at a steady rise where it saw the current figures in February 2018. The rate has since August been at a steady decline with more projected downtrend at least in the coming short-term.

This data helps confirm the theory that has been propagated in social media about how most Ethereum miners are operating at a loss as the ETH price has dumped more than 90% this year to $132 as of the time of writing. Reduced profitability may have led to some miners withdrawing their miners to other more profitable coins.

Back in August, some miners reported their mining expenses at about $152 for every ETH mined. Of course, at the time ETH was priced at averagely $350 a pop. That was more than double the expenses it took to mine the coins. The miners were operating a profit but ever since the price of ether has been on a steady decline thereby depressing the profits further to a point now that most miners are actually making a loss. And looking at the reducing hash rate charts, it shows that more hashing power is being withdrawn from the network most probably due to reduced profitability.

There has been a myth in the industry that the main cause of ETH price decline has been the negative sentiment from investors who expect the price to fall when ICOs that raised ETH rush to dump their vast holdings to avoid further loses. However, recent research from BitMEX, this belief may be unfounded considering that most of these ICOs have actually unloaded their holdings onto the market. Maybe they could be the reason why ETH price has been on the decline.

Ether price has been so depressed that in the latest cryptocurrency market slump it lost its lead as the number one altcoin to Ripple’s XRP and the gap between these two coins has been widening.